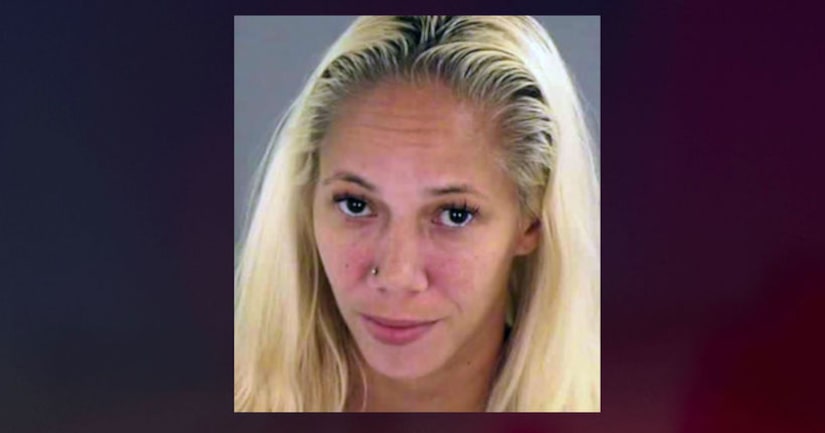 Christina M. Pilgrim was indicted by a grand jury earlier this month, and charged with two counts of robbery, one count of conspiracy, and two counts of using a firearm in relation to a crime of violence.

Between March and September 2018, Pilgrim was involved in planning at least three robberies at the Dollar Tree on Patterson Avenue where she also worked, according to prosecutors and investigators.

Pilgrim worked with a number of male accomplices, according to federal court documents, and would provide them information about who would be working at the Dollar Tree the night of each robbery.

According to the criminal complaint, Ali Cousins Jr. and his lawyer met with investigators in early January, at which time he confessed to his role in the robberies, and said that he had planned each one after conversations with Pilgrim. Cousins also said that she had provided him with the handgun that he used.

About this same time, investigators interviewed Pilgrim's husband. According to court documents, they showed him a picture of the gun that was found when Cousins was arrested, and Pilgrim's husband said that it belonged to him, and that he kept it in the closet of Pilgrim's bedroom at her house.

On January 14, investigators “reviewed Google location data” for an account connected to Christina Pilgrim and her mobile phone. According to the criminal complaint, they were able to place that phone in the area of the Dollar Tree and the Wells Fargo around the time of the robbery on August 6.

Pilgrim was arrested in February.

In addition to working at the Dollar Tree, Pilgrim has been a licensed daycare provider in Henrico County for the last five years, according to the website of the Virginia Department of Social Services. She operates a “family day home” out of a home on Ridge Road.

Two other suspects, Anthony Simmons and Bryant Williams, are also named in the indictment.

Ali Cousins, who was charged separately, has entered into a plea agreement with prosecutors.