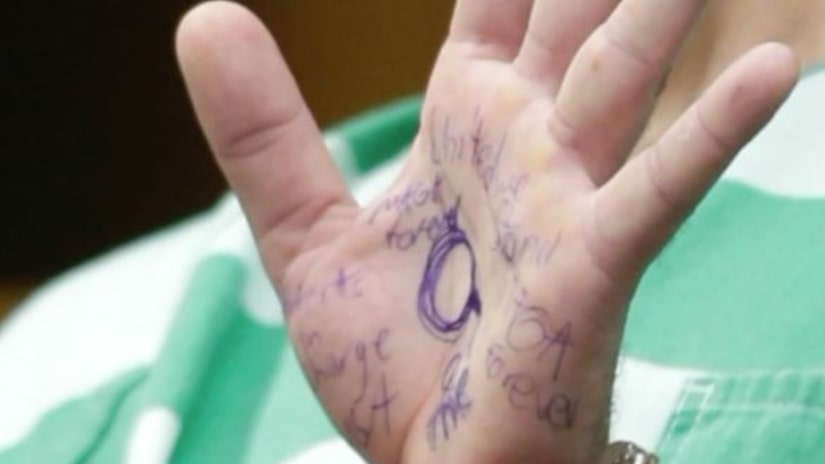 NEW YORK CITY -- (WPIX) -- The 24-year-old Staten Island man facing murder charges in the killing of the reputed Gambino crime boss flashed pro-Trump slogans that were scrawled on his right hand in court on Monday.

The suspect, Anthony Comello, appeared in green-and-white prison stripes before an Ocean County judge on Monday, ready to be returned to Staten Island to face murder charges in the killing of alleged mob boss Frank Cali. The phrases written in ink on his hand included "MAGA Forever," "Make America Great Again" and "United We Stand MAGA."

As Comello prepared for extradition, a PIX11 law-enforcement source said Comello has been struggling with opioids

"The kid definitely has a very bad drug problem," the source said.

When asked if it was heroin or another type of opioid, the source responded, “You're on the right track.”