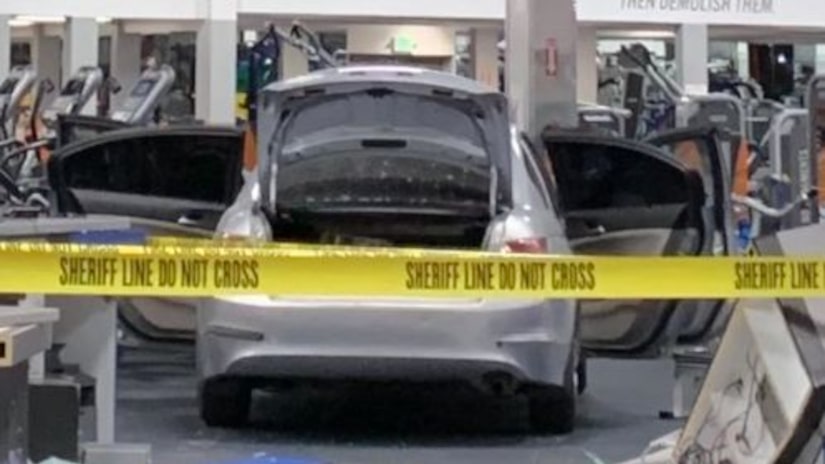 LA MIRADA, Calif. -- (KTLA) -- A driver who crashed a stolen vehicle through a gym in La Mirada has been taken into custody Tuesday morning, authorities said.

Deputies initially responded to a call of a vehicle into a building, the Los Angeles County Sheriff's Department stated on Twitter just after 3:15 a.m.

An image posted by the Sheriff's Department showed a car surrounded by debris and exercise equipment after it had smashed through the wall of a gym.

The driver was not initially found with the vehicle but was later located and arrested for possession of a stolen vehicle, the Sheriff's Department later tweeted.

No injuries were reported in the incident, which was described as a hit-and-run.