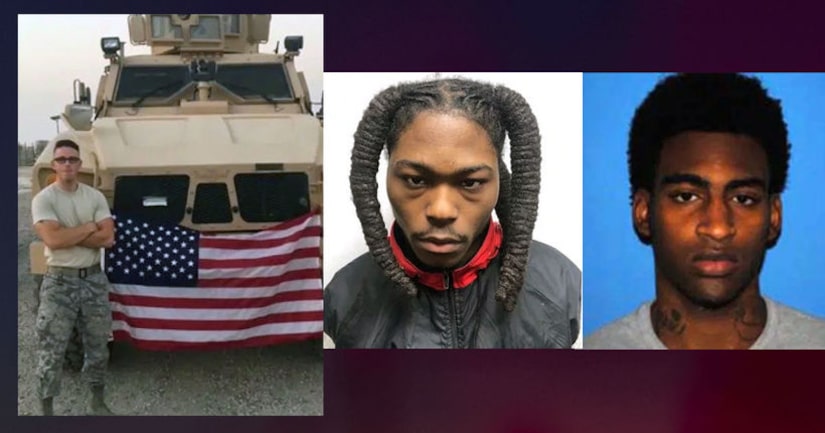 NORTH LITTLE ROCK, Ark. (KFSM/AP) -- Police have arrested a second man in connection with the fatal shooting of a military serviceman who'd tried to stop an armed robbery at a gas station.

Police had previously announced the arrest of 18-year-old Drequan Robinson on suspicion of capital murder and aggravated robbery in the same killing.

Police say investigators believe Robinson was one of the armed suspects who entered the gas station and that Harris was a passenger in a getaway vehicle. Police say a third suspect seen on surveillance footage has not yet been arrested.

According to police, two robbers entered the Valero Big Red gas station at 601 W. Broadway at 11:38 p.m. and attempted to rob the store. When McKeough tried to stop the robbery, he was fatally shot, police said. The two suspects then fled to a getaway car, which drove off.

The North Little Rock Police is offering a $10,000 reward for information leading to the arrest and conviction of those responsible for McKeough's death.