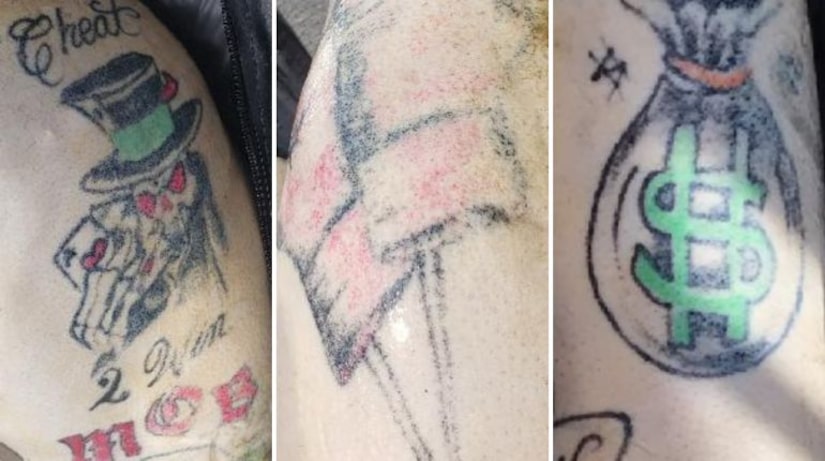 BROOKLYN, N.Y. -- (WPIX) -- Police released pictures of a man's tattoos on Sunday, hoping the photos would help someone identify the man.

The man, who's believed to be in his 30s, was found floating in the near near 58th Street and Brooklyn Army Terminal on Wednesday, police said. His remains were decomposed.

Police described the man as being 6 feet tall. He was wearing a red Casio G-Shock watch and yellow and black sneakers. The man also had a money bag tattoo on his left forearm, a tattoo of boxing gloves on his left arm and a tattoo featuring the phrase “Cheat 2 win” on his left arm.