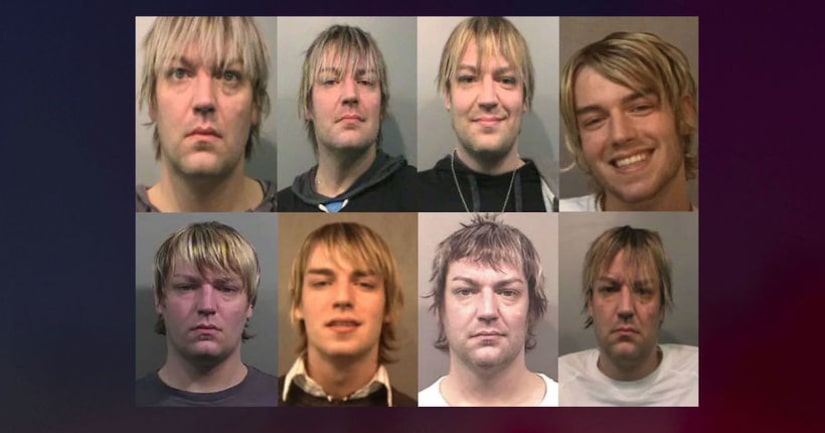 “He is just a menace to Johnson County citizens,” Burgess said.

“Every time we catch him and we arrest him he's got some kind of narcotics that he's in possession of,” Burgess said. “It's been an occurrence where I'm walking in the jail and he's being released and I'm like 'Stay out of jail, Steven.' And he's returning that next day.”

Late Friday night, Wagers was arrested on suspicion of stealing a car in the 3000 block of Grace Street in Greenwood. Deputies say Wagers led them on a chase and fought with officers when they caught up to him. Deputies say they found a syringe and pain pills on Wagers when they arrested him. Monday morning, Wagers was out of jail and police responded to a call on the same street about a suspicious man in a front yard. Responding officers recognized Wagers as he ran away from them, police say. During the foot chase, they say Wagers jumped a fence before sitting down in a lawn chair. Police say they found him with a bag of methamphetamines.

When Burgess heard of the latest arrest Monday, he quickly sought a court order to hold Wagers without bond. He says the move was intended to keep Wagers locked up so he couldn't go out and commit any more crimes pending a court appearance.

At one point, Wagers was sent to a recovery home for people with substance abuse problems, but he only lasted eight days there.

“I believe he was showing staff some pornographic material,” Burgess said. “Got him kicked out of it.”

Burgess says Wagers' multiple run-ins with the law point to the need for stronger laws and sentencing guidelines for repeat offenders. In 2017, Wagers was convicted in a string of roughly 20 car break-ins in several New Whiteland subdivisions. He was sentenced to 4.5 years in jail, but was released less than a year later. The early release was the result of Wagers already serving about 500 days in jail while awaiting trial. Wagers was allowed to serve half the remaining sentence due to good behavior while he was incarcerated.

Steven Wagers remains in the Johnson County Jail, held on no bond. A trial for a previous case scheduled for this week has been rescheduled in light of his two most recent arrests.