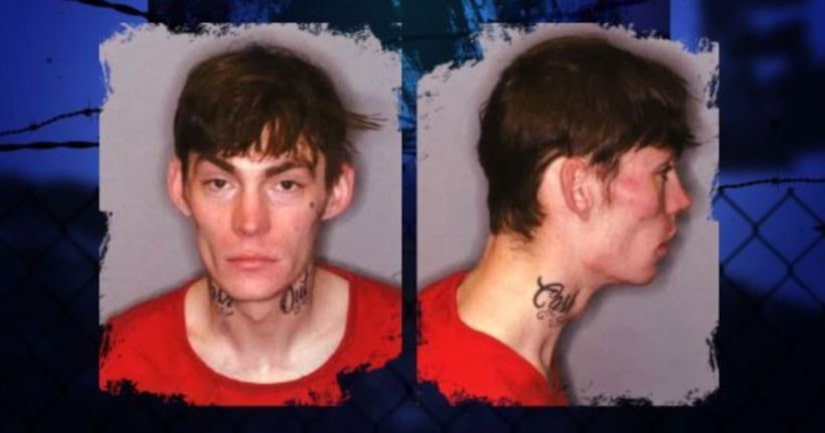 WANTED IN SEATTLE: A warning for drivers: If this guy with the words 'Cash Out' inked on his neck comes asking for a ride — hit the gas!

Seattle Police say Kyle Santorno – a.k.a. 'KO' — turned a good deed into a violent armed carjacking — getting a ride in the Northgate area from a woman who was living out of her car with her dog. Her friend followed them in another car to a nearby home where detectives say a guy named 'Shorty' was waiting to rob them both with Santorno.

“The suspect that got the ride pulls out a weapon and he demands their keys, their money, their wallet, everything they can, so they start putting it out on a counter, they're trying to hide the keys and one of them kind of talks to him, like, 'I don't want you to' and he takes the pistol and just smacks her alongside the head. Doesn't knock her down, but he hits her pretty hard. So, they then take all the stuff, stuff it in their pocket and the two of them leave, but before they actually go out the door, the taller one says, 'We'll get your dog for you and bring it back and that seems to satisfy these two females. So, they exit, go to the cars, both cars are taken, they do not take the dog back in and they just disappear,” said Ret. Det. Myrle Carner with Crime Stoppers of Puget Sound.

The victims called 911. Both vehicles and the dog were later recovered and returned to the women.

Santorno was multiple warrants for his arrest and a long criminal history. “He's got a record for carrying weapons. He's got drug violations. Traffic violations. He's just kind of an all-around kind of puke, so to speak and it bothers us, he's out there on the street. Is he going to do it again? Probably. And, is he going to pick on homeless people? Probably, that's who he figures are the ones that are the least going to bother him. So, he is dangerous. He is armed and we need your help,” said Carner.