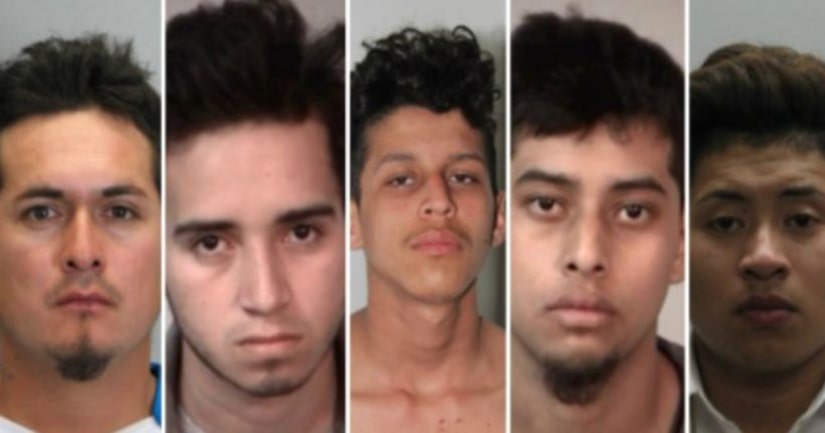 STAFFORD, Va. (WGHP) -- Five MS-13 gang members have been arrested in connection to the death of a 16-year-old whose mutilated body was found in Stafford County, Virginia, according to law enforcement.

The body of 16-year-old Jacson Chicas was discovered near a wooded area in the area of River Road around 4:30 a.m. Saturday.

Investigators now believe the gang turned on Chicas, a fellow member, stabbing him about 100 times and setting his body on fire, Prince George's County Maj. Brian Reilly said at a press conference Friday.

On Thursday, investigators determined that Chicas was killed inside of a home in Prince George's County, Maryland, during a gang meeting at the home of the clique's leader on March 8.

At that meeting, for reasons which are under investigation, there was a confrontation, and the 16-year-old was attacked and killed.

The suspects then drove his body to Stafford County, where authorities found the burning corpse around 5 a.m. March 9, Reilly said.

Investigators were able to identify Chicas, who had been reported missing in Virginia, after they released a photo of a tattoo on his left arm.

Police believe the victim and the suspects are members of an MS-13 crew that operates in Fairfax County, but there leader, identified as Jose Ordonez-Zometa, lives in Prince George's County.

The five suspects, Jose Ordonez-Zometa, 29; Jonathan Castillo-Rivera, 20; Kevin Rodriguez-Flores, 18; Christian Martinez-Ramirez, 16; and Jose Hernandez-Garcia, 25, have been charged as adults. They face charges of first-degree murder and other related charges.