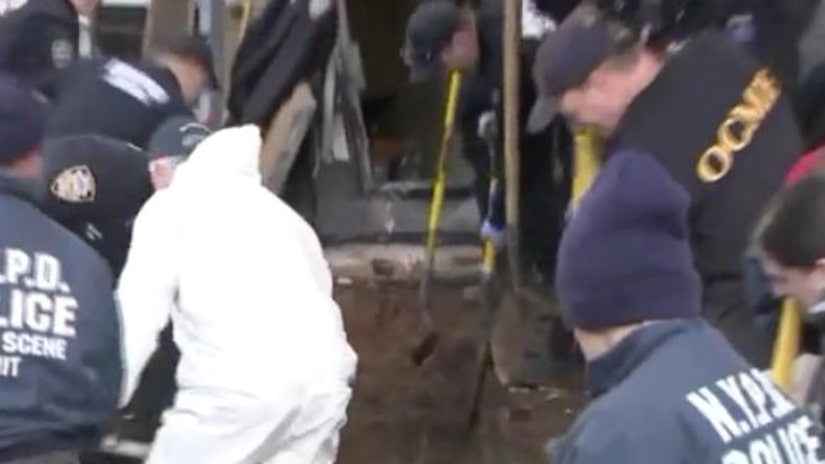 The remains of the unidentified person were found in the rear of an 115th Street home near 89th Avenue, officials said. They were found around 11:30 a.m.

The medical examiner will determine the cause of death, officials said. It is being investigated as part of a potential criminal case.

Police found the remains after receiving a tip Monday that a body had been buried there for about four decades, according to the New York Daily News.

Neighbor John Guido told PIX11 the house turns over every couple of years. He's lived there for 44 years.