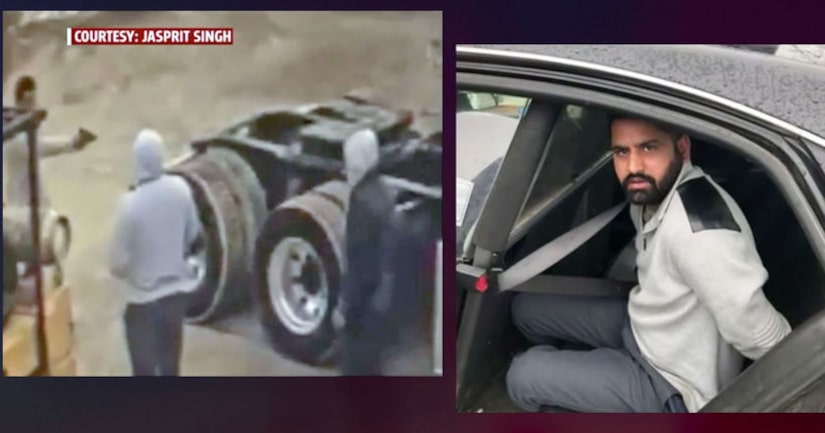 LATHROP, Calif. (KTXL) -- A man was arrested Saturday after investigators say he threatened to kill his former coworkers.

"In the back of my head, I was thinking about my family. Like for a second, I couldn't even breathe," Suksjinder Singh, who owns Dhaliwal Brothers Trucking in Lathrop with his brother Jasprit, told FOX40.

The San Joaquin County Sheriff's Office says Beant Singh was "let go" from his job at a trucking business and later returned with a gun. Singh fired a shot into the ground near two employees, deputies said, but no one was hit.

Surveillance video shows a man pulling a gun at the business.

"He pointed it at two people and he fired off a round approximately five feet from the victims," San Joaquin County Sheriff's Deputy Andrea Lopez said.

Suksjinder says Singh quit, and doesn't know what may have set him off.

"He worked here for a year," he said. "We never had an issue. That was his last day."

Investigators say after Singh was arrested, he threatened to come back and "handle what he started."

Singh was booked into jail on assault with a firearm and criminal threat charges.

"I have a 4-month-old baby," Suksjinder said. "I was so scared, like he could have shot me right away and luckily, somehow I got saved."