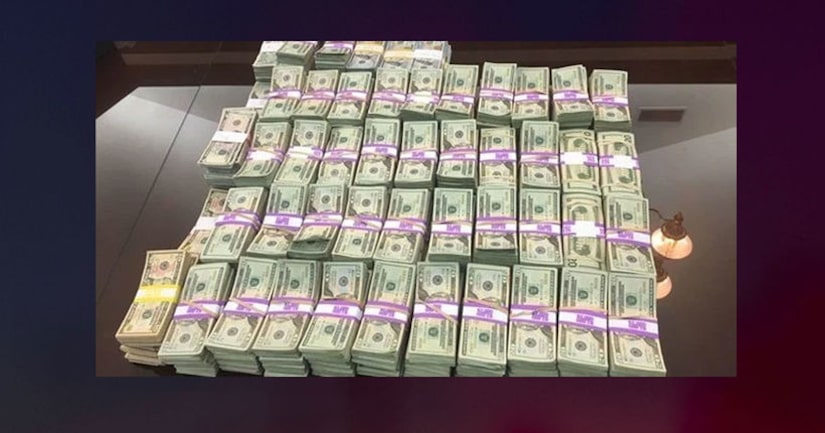 LOWNDES COUNTY, Ga. (KDVR) -- The Lowndes County Sheriff's Office seized about half a million dollars in cash after pulling a vehicle over on a highway, WALB reports.

Deputies say a vehicle was driving erratically on I-75 South, prompting the traffic stop.

“In and out of lanes, just moving over the line, actually slowed down, got a very slow limit of speed on interstate, actually thought the driver might be impaired,” Lowndes County Sheriff Ashley Paulk said, according to WALB.

Believing the two men in the vehicle appeared nervous, the deputies used K-9s to check the scene.

No drugs were found, but deputies found and seized $508,000 stuffed inside duffel bags inside a dog food bag.

The sheriff's office has only charged the men with traffic charges, but they are continuing to investigate.