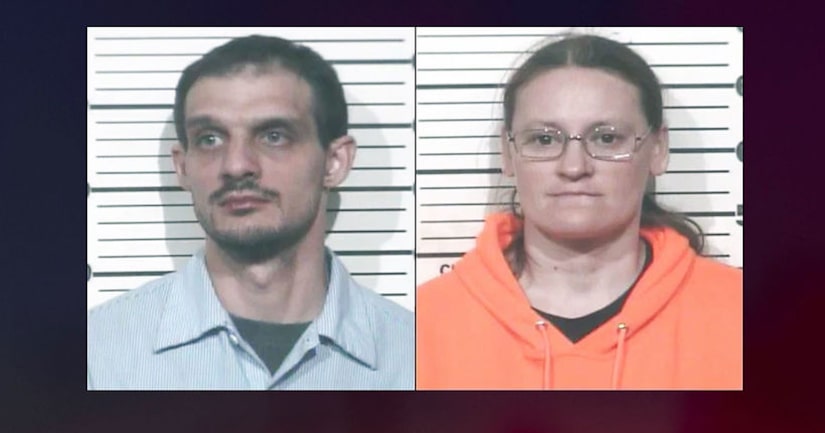 PADUCAH, Ky. (WQAD) -- An observant waitress at a Kentucky Olive Garden said she knew something was wrong as soon as her co-workers seated a family Sunday.

“I first walked around to the baby,” 21-year-old Jordan Cooper told WPSD. “She looked at me with a face that said 'Help.'”

Cooper later wrote in a Facebook post that the child's face was “black and blue all over” and that “the guy ... was force feeding her food down her throat and grabbing her by her shirt and getting in her face ... he kept taking her to the bathroom when she cried and acting very aggressive towards her.”

Cooper decided to do something. First she pretended to take a photo for another table near the couple, so she could get the couple in the background. She slid her phone number to the diners whose phone she used, and asked them to text her the images.

She said the couple eventually noticed the attention they were getting and abruptly left the restaurant, but Cooper managed to get a partial license plate number from a silver Dodge Caravan.

Cooper said she then called 911 and Kentucky's Department of Children and Family Services.

That night, she decided to share what happened, along with the photo and partial plate number, on Facebook. Thousands of people shared the post, including Aaron Caldwell, a childhood classmate who is now a 911 dispatcher in Metropolis, Illinois, according to WPSD.

Caldwell said he used information from Cooper's post and the numerous comments to track the couple to their hometown of Paris, Tennessee. Hours later an arrest was made.

“[Paris authorities] called me back at 4 a.m. and said they arrested both of them for aggravated child abuse and neglect and the kids are now in state custody,” Caldwell told WSIL.

Mark Pierce and Jessica Woodworth were jailed in Henry County, Tennessee, on a bond of $200,000 each, the station reports.