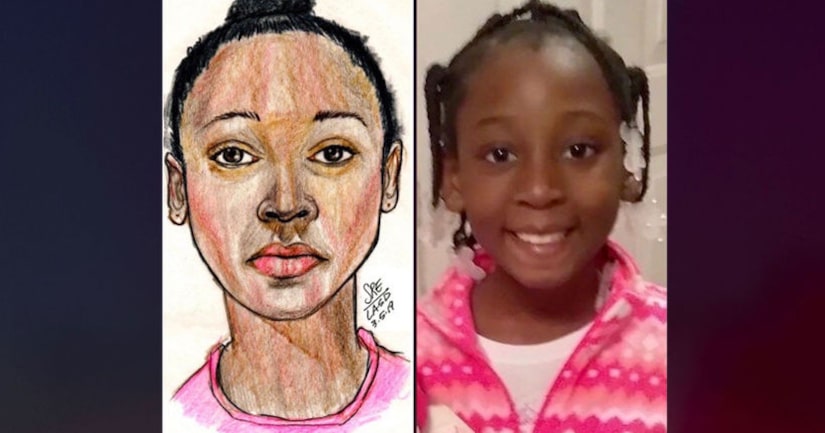 LOS ANGELES (KTLA) -- Family members and investigators on Sunday identified a little girl whose body was discovered in a duffel bag at the bottom of an embankment in Hacienda Heights last week, and announced two "persons of interest" are being detained in connection with her death.

Trinity Love Jones, 9, was the young victim who was found dead about 10 a.m. Tuesday along a hiking trail in the area of Colima Road and Hacienda Boulevard, near the Hsi Lai Buddhist Temple, her father, Anthony Jones, told KTLA.

"Investigators have detained two persons of interest in this case and they are actively continuing their investigation," Deputy Tracy Koerner of the Sheriff's Information Bureau said in a written statement. No further details about the development were released.

"Although the Coroner's Office determined the death to be a homicide, the cause of death is being withheld," Koerner said.

Homicide detectives and the community have been seeking answers ever since the girl's body was found partially inside of a duffel bag by county maintenance workers. There were no obvious signs of trauma, according to the Los Angeles County Sheriff's Department.

Antonio Jones said Trinity Jones was his youngest daughter. He learned of her death through a phone call.