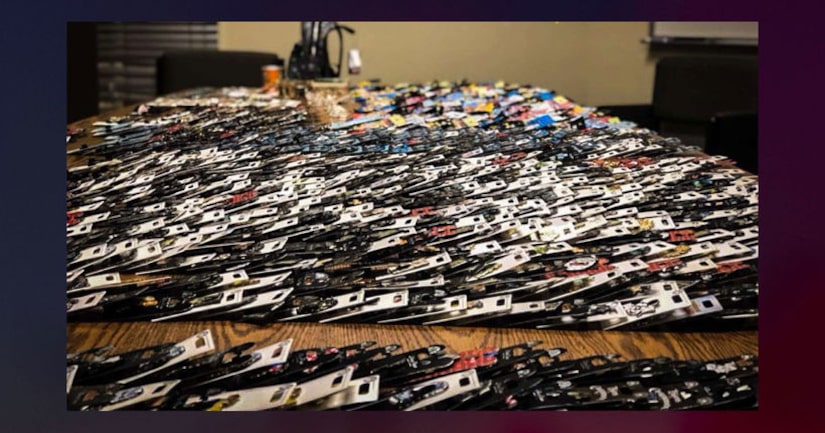 ROSAMOND, Calif. (KTLA) -- California Highway Patrol officers recovered more than $10,000 in memorabilia allegedly stolen from Disneyland, along with drugs, after pulling a man over for a traffic violation near Rosamond on Friday, authorities said.

The encounter took place about 8:30 a.m. after an officer noticed a Nissan Sentra drive past a school bus with its red lights flashing and stop sign displayed along Rosamond Boulevard, the CHP said in a written statement.

The officer soon realized the driver had a suspended license, officials said.

“Upon further investigation, the officer discovered the driver was in possession of over $10,000 of stolen merchandise from Disneyland, along with other illegal paraphernalia,” according to the statement.

MORE: Traffic Violation Leads to Recovery of More Than $10,000 Worth of Stolen Disneyland Merchandise: CHP - KTLA