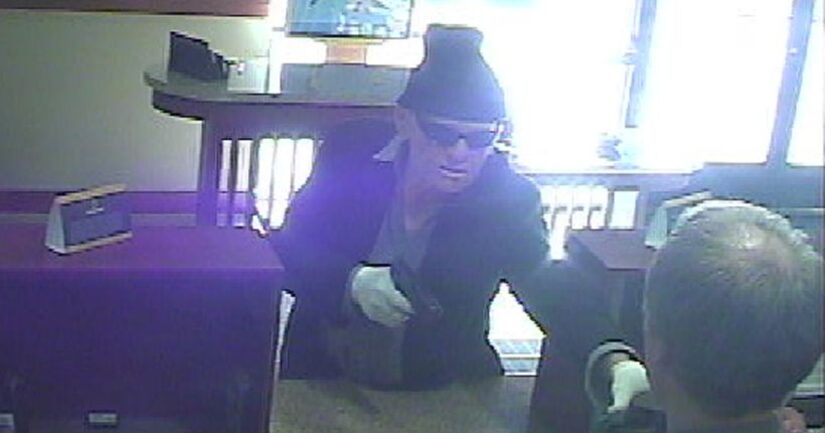 NEWPORT BEACH, Calif. (KTLA) -- Police in Orange County, as well as the FBI, are seeking a man who robbed two banks in two days this week while disguised as an elderly man with a “Hollywood-style” mask and a pillow stuffed down his shirt, authorities said.

The same bandit is believed to be responsible for another robbery that took place about 3:50 p.m. Thursday at OneWest Bank, 3700 E. Coast Highway in Corona del Mar, according to the Newport Beach Police Department.

Police said the robber brandished a pistol as he demanded money from a teller, ultimately getting away with about $8,000.

He fled the area on a black electric bicycle, police added.

In addition to a “Hollywood-style” mask with the face of an elderly man the FBI said he wore during the crimes, the robber also may have stuffed a pillow down his shirt to change his body shape, police said.

The robber's been described by police as male, of unknown age, between 5 feet 7 inches and 6 feet tall tall and about 200 pounds. He wore a button-up shirt, a black jacket, dark pants and black-rimmed glasses during the crimes.