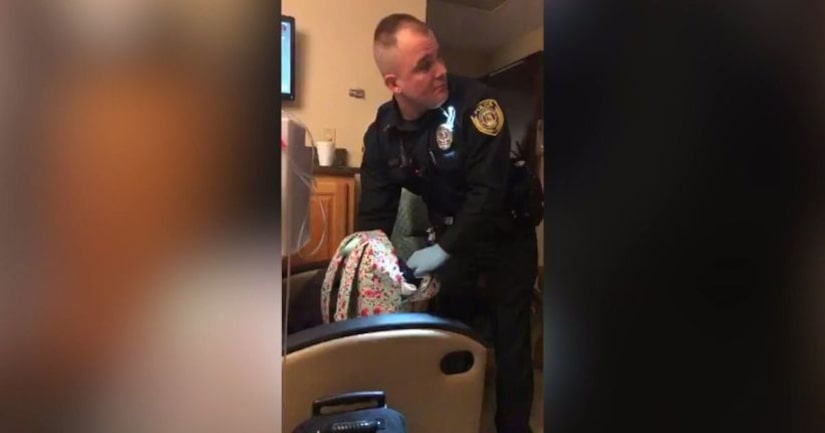 BOLIVAR, Mo. (WDAF) -- Police didn't find anything and the man wasn't cited. Now the city of Bolivar, Missouri and police are investigating.

Wednesday night, Sousley said he was just trying to get some rest.

"He said 'I smelled marijuana coming from you room.' I was like, 'It's not me. I didn't have any marijuana, so leave me alone because I'm trying to sleep,'" Sousley said.

Sousley said a security guard at Citizens Memorial Hospital in Bolivar accused him of smoking marijuana.

Sousley has stage-four pancreatic cancer. In a Facebook Live video that's now gone viral, you hear Sousley mention he had THC oil but took it out of the hospital.

Missourians voted to make medical marijuana legal in Missouri but the change hasn't happened yet.

Ultimately officers did find CBD oil, which is legal in the state of Missouri.

You can see police come into his hospital room in the video and begin to go through his things when he never gave them permission to do.

Sousley said he would like to see the security guard lose his job and the couple hopes the viral confrontation has a positive outcome.

Citizens Memorial said in a statement it is policy to call law enforcement if drug abuse is suspected but didn't indicate administrators wanted Sousley's bags searched. The Bolivar Police Department hasn't commented on their actions but said they've received threats since the video went live.