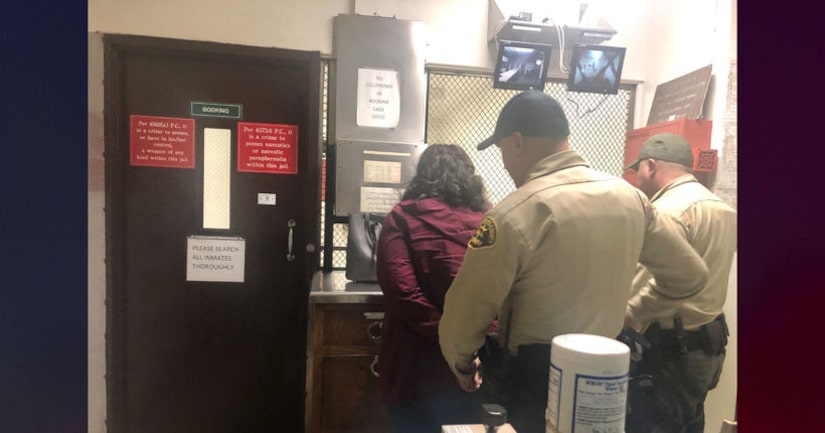 SANTA CLARITA, Calif. (KTLA) -- Deputies arrested a man and woman on suspicion of child endangerment after their young daughter was left home alone, then spotted leaning against the screen of an open second-floor window on Wednesday afternoon, officials said.

Lucia Romero, 28, and Gerren Mitchell, 28, were ultimately booked on suspicion of child endangerment following an investigation into the incident, which took place at an apartment building in the 26700 block of Isabella Parkway, the Los Angeles County Sheriff's Department said.

Rescuers responded to the home after neighbors reported seeing the girl perched in the windowsill and feared she would fall.

"I thought she was going to fall out. I was trying to figure out how I was going to catch her," the deputy said.

The girl has been seen in a similar situation at least once in the past, several months ago, neighbor Charla Marshall told KTLA.

After realizing no adults were at the home on Wednesday, firefighter forced their way into the home and pulled the girl way from the window.