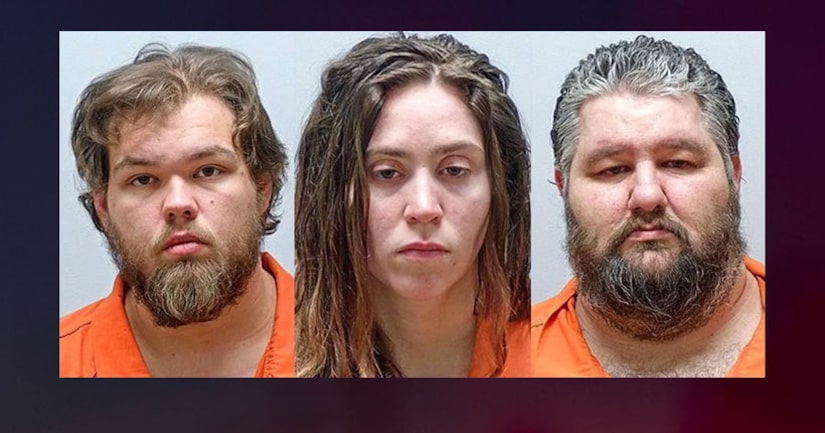 The children had lice and scabies while a baby inside the home was severely malnourished, according to court documents.

The children, ages 7, 5, 4, 1 and an infant, were all taken to an area hospital after being found inside the Wolcottville home in Noble County. Child welfare workers received a report about a malnourished baby; DCS workers and police went to the home later in the day on Feb. 28.

According to court documents, officers knocked on the door and received no answer. They stood outside for about 10 minutes while they waited to receive an emergency removal order. Officers later observed adults peeking out the windows and a man answered the door.

The man, identified as Paul Martin, told police they couldn't come in without a warrant. However, because of the emergency removal order, Martin was removed from the house, handcuffed and detained, allowing officers to enter.

They found two more adults, Cheyenne Stiner and Jerry Snyder, inside. Stiner was “uncooperative” and refused to let investigators go upstairs, court documents said. She was also handcuffed and detained.

Police found the children upstairs; all needed to be sent to Parkview Noble Hospital with various ailments. The infant “was severely emaciated and malnourished,” court documents said, and was “rushed to the emergency room.”

One child had a severe case of head lice and scabies “coupled with a rash from her incessant scratching.” Another child was treated for head lice, scabies, a double ear infection and pneumonia. The baby was “hypothermic, extremely dehydrated and emaciated, extremely malnourished” and required an IV.

The older children told doctors and DCS workers they'd had a piece of bread for breakfast and nothing since. Stiner is the mother of four of the children, two of them with Snyder and one with Martin. Snyder is the father of another child in the home.

Stiner said they didn't take the baby to a doctor because they didn't “have the means or money” to do so.