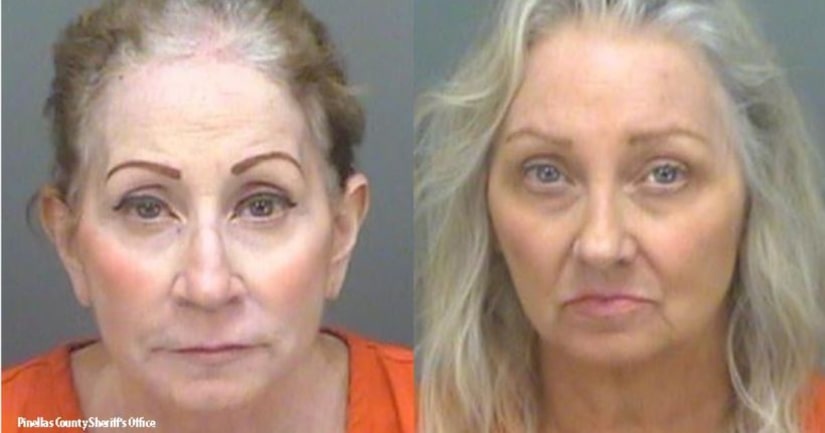 PALM HARBOR, Fla. (WITI) -- Two sisters are accused in the 2015 murder of their father, and prosecutors said one of the sisters confessed to a man who was having a relationship with both sisters.

According to officials with the Pinellas County Sheriff's Office, deputies were called out to a home on Natingham Close in Palm Harbor, Florida early on March 6, 2015.

At the Palm Harbor home on that March morning in 2015, Anthony Tomaselli, 85, was found unresponsive and paramedics attempted CPR. He was pronounced dead shortly before 6 a.m., and officials said there did not appear to be any foul play or criminal activity.

Sheriff's officials said the sisters were at their father's home at the time, and they were interviewed separately. Both said their father fell asleep on the couch the night before, and when they went to check on him in the morning, he wasn't breathing. They said they attempted CPR and called 911.

It wasn't until Feb. 13, 2019 that detectives were contacted by a man who said he had a relationship with the sisters. He indicated he had a recording of Roberts confessing to the murder. Sheriff's officials said with this man's help, “detectives were able to obtain additional recorded statements” from Roberts and Mary-Beth Tomaselli regarding the killing of their father.

In the recordings, sheriff's officials said the sisters indicated the killing was “premeditated” and they “euthanized” their father because “he was going to die within a couple months and would not live in an assisted living facility.” They said the plan was to give him alcohol and an excessive amount of sleeping pills, but when that didn't work, they first attempted to suffocate him by placing a pillow over his face. When that didn't work, they stuffed a rag down his throat, pinched his nose and held his arms down until he stopped breathing and died.

According to sheriff's officials, Mary-Beth Tomaselli said she also gave her adult daughter sleeping pills that night “so she would not be awake to witness the killing of her grandfather.”

After Anthony Tomaselli's death, the sisters indicated they sold their father's home and split the proceeds with their brother.

The sisters were arrested and charged with first-degree murder on March 5, 2019. Sheriff's officials said both admitted to the crime.

MORE: Sheriff: Sisters 'euthanized' father in 2015, confessed to man they were in a relationship with - WITI