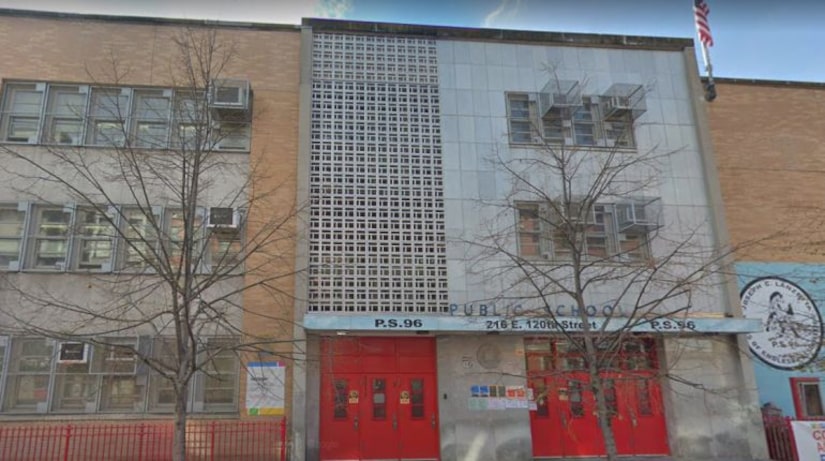 NEW YORK CITY -- (WPIX) -- A mom slashed a teenage girl in the face outside an East Harlem public school on Tuesday afternoon as retaliation after the teen Tased the woman's daughter, police said.

The 49-year-old mom was in front of the E. 120th Street school with her 13-year-old daughter around 2:30 p.m. when the assault happened, an NYPD spokesman said.

There was an altercation between the teens and then the 14-year-old girl pulled out an electronic device and used it on the younger teen, police said. The 13-year-old girl's mom pulled out a razor and slashed the teen who'd attacked her daughter in the face.

The mom fled from the scene, but was later brought back to the school and arrested. She was charged with assault, criminal possession of a weapon and acting in a manner injurious to a child.

The 14-year-old girl – who suffered what police described as a minor laceration – was also arrested and charged with criminal possession of a weapon and assault.