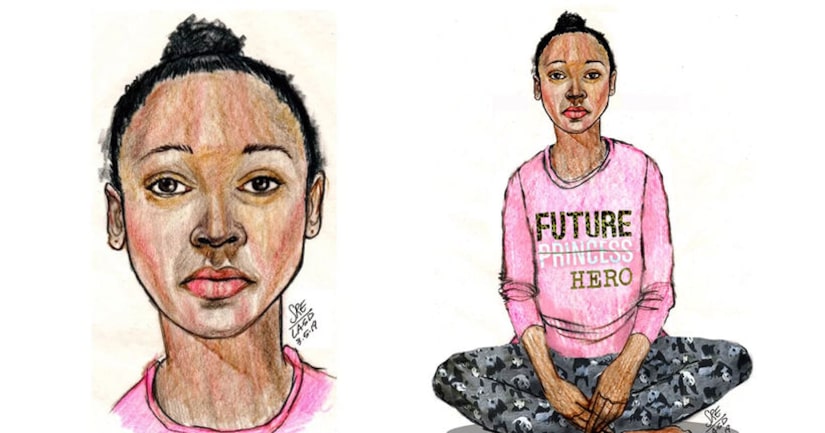 LOS ANGELES (KTLA) -- Authorities asked for the public's help in identifying the body of a girl found along a Hacienda Heights equestrian trail the day before.

There are no known motives in the case, which investigators are handling as a suspicious death, Los Angeles County Sheriff's Department Lt. Scott Hoglund said at a news conference Wednesday afternoon.

Detectives released a sketch of the victim — described as a black girl, possibly 8 to 13 years old, about 4 feet 5 inches, about 55 pounds, and "skinny."

Investigators said the girl was wearing a pink shirt with the words "Future Princess Hero," along with blue leggings with pandas on them, and no shoes.

Detectives believe the body was left there sometime in the late evening hours on Sunday, March 3, and are seeking anyone who may have seen a car parked in the area.

The girl was found partially inside a black rolling duffel bag, with the upper part of her body protruding from the bag, which was partially zipped. The girl was not bound or tied up, Hoglund said.

Investigators said there were no obvious signs of trauma on her body. It is not known whether the girl had already died when she was placed in the bag.