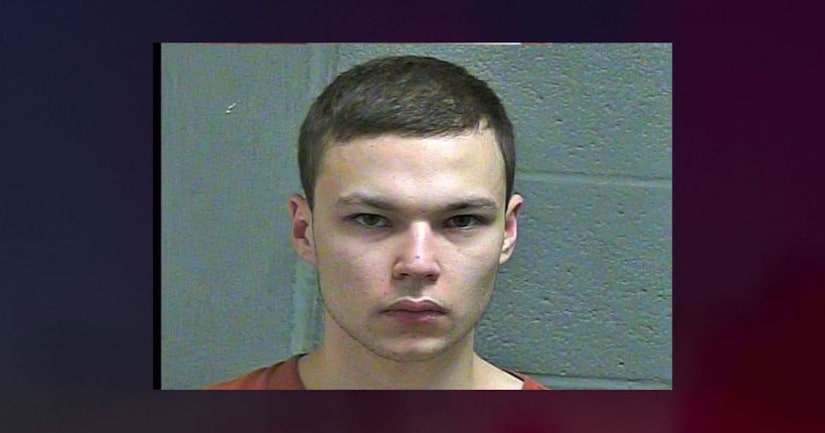 EDMOND, Okla. (KFOR) -- New details have been released in a double homicide that left an Edmond mother and father dead. Their son is the alleged murderer.

Edmond police responded to a home at around 2:30 a.m. Monday just south of Covell on Bryant after receiving a 911 call from a 17-year-old who said there was gunfire in his home. The teen told police he heard his mom screaming and she yelled for him to call 911.

When officers arrived on scene, they were able to safely get the 17-year-old son out of the house and, shortly after, they took his 19-year-old older brother, Michael Elijah Walker, into custody.

According to a probable cause affidavit, Rachel Walker had gunshot wounds in her upper torso and several 9mm shell casings were found nearby. A pillow was found nearby with two holes with burn marks that were consistent with gunfire.

The affidavit states the father had apparent gunshot wounds in his head, face and torso. 9mm shell casings were also found around his body and on the bed. Gunshot holes were found in the side of the door frame, in the closet, ceiling and downward into the mattress.

A Glock model 17, 9mm handgun was found on a mattress.

In total, 19 spent 9mm shell casings were found inside the residence. Officials believe the suspect reloaded the gun during the incident due to the gun's magazine capacity of 17.

A total of three Glock 17 magazines were found in the suspect's bedroom.

The 17-year-old told police his brother often carried the gun around the house "because he is paranoid."

According to the affidavit, Michael Walker, the suspect, told the 17-year-old "he shot their parents because they were sending him messages telepathically and they were Satan worshipers," adding that "everything was okay, and he would bury the bodies."

Since the incident, police say they have interviewed the suspect who said he got into an argument with his parents after asking them a question about satanism.

He was arrested and booked into jail on two counts of first-degree murder.