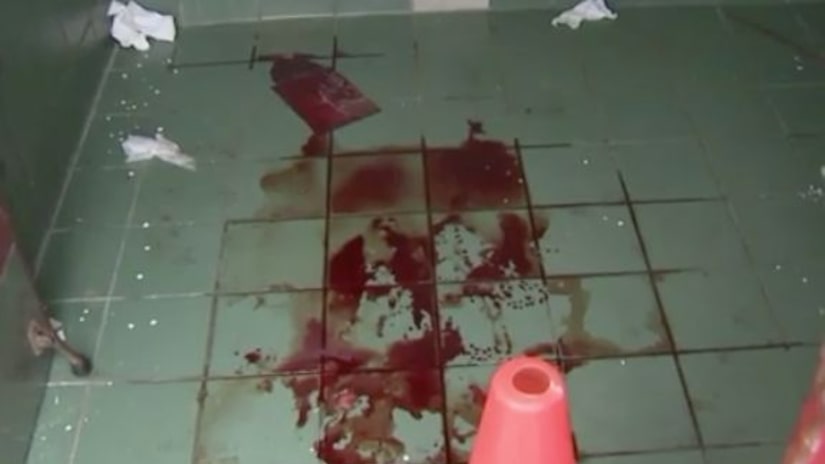 FAIRFAX, Calif. -- (KTLA) -- LAPD officials were investigating a possible hate crime after the discovery of a blood trail and swastikas drawn in what appears to be blood near the Museum of the Holocaust in Fairfax Monday morning.

The blood was found about 6:40 a.m. inside a bathroom at Pan Pacific Park, along the 100 block of North Gardner Street, Los Angeles Police Officer Tony Im told KTLA.

Various symbols, including swastikas, were found drawn in blood next to the playground on a cement wall, aerial video from Sky5 showed.

Elizabeth Raffels, who works for the Los Angeles Department of Recreation and Parks, found the blood Monday morning.

"I saw the pool of blood in the restroom and it was awful" she told KTLA. "It was so much blood."

Bloodied footprints could be seen near the bathroom at the park and led south toward a 7-Eleven in the area and east a couple of blocks to a Coffee Bean on Third Street and Martel Avenue. Red shoes were also left at the scene, aerial video showed.

FULL STORY: Possible hate crime investigated after discovery of swastikas drawn in blood near Museum of the Holocaust in Fairfax - KTLA