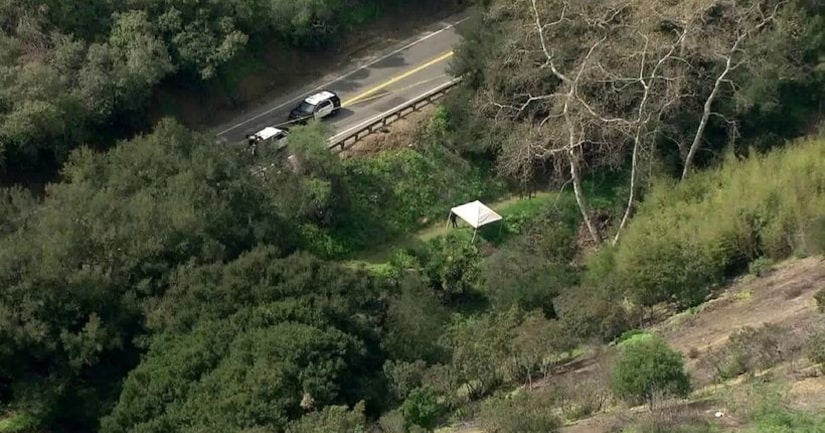 The victim was pronounced dead at the scene. The child was described as being black and possibly 7 to 10 years old. A law enforcement source had initially told KTLA that the victim was a girl, but authorities are waiting to identify the gender of the victim, Lt. Scott Hogland said.

The source also told KTLA that the body was found inside what appeared to be a suitcase, but Hogland said luggage was found "in the close proximity" to the body, and he could not say whether the victim was found inside that piece of luggage.

The lieutenant said the body had apparently been "dumped" or "pushed off the edge of roadway down the embankment" and onto an equestrian trail in the area. Investigators believe the body had been left "over 24 hours ago," authorities said in a news alert.

"We are investigating this as a homicide scene, but, again, we don't have a lot of details regarding the victim," Hogland said. He added that investigators are looking for anyone who may have information about a missing child in that age range.