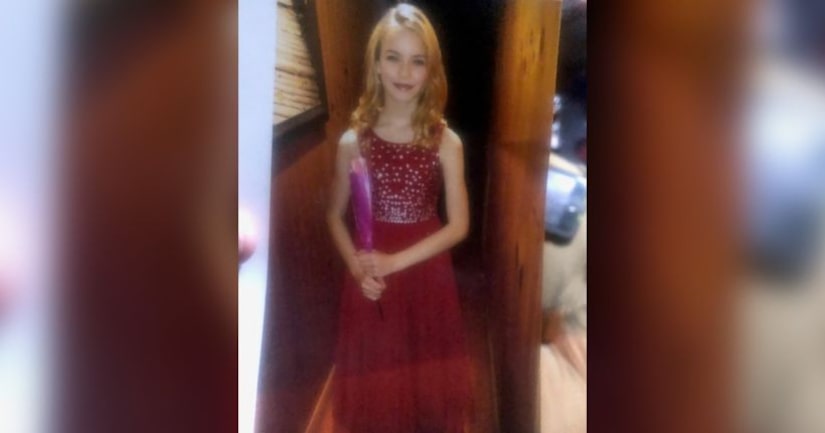 Amberly Alexis Barnett was last seen Friday around 6 p.m. in the Mount Vernon community in northeast Alabama, and searchers found her body about 6:30 a.m. the next day, the sheriff's office said. The location wasn't disclosed.

The sheriff did not release the cause of her death or any other information because of the ongoing investigation.

The girl's mother, Jonie L. Barnett, said on Facebook that Amberly went missing from her aunt's home while the aunt was at the store and the aunt's brother-in-law worked on a nearby house, the Facebook page said.

Amberly left her phone behind, which was unusual because “my baby takes it everywhere,” she said.

“Nothing in her phone indicated she was planning to leave!,” Jonie Barnett said on Facebook.

A green SUV was seen leaving the driveway, the mother said on Facebook.

The search began immediately after the call came in to the sheriff's office at 7 p.m. Friday, and continued throughout the night, growing in manpower and spreading to nearby Cherokee County and into Georgia, the sheriff said at an earlier press conference.