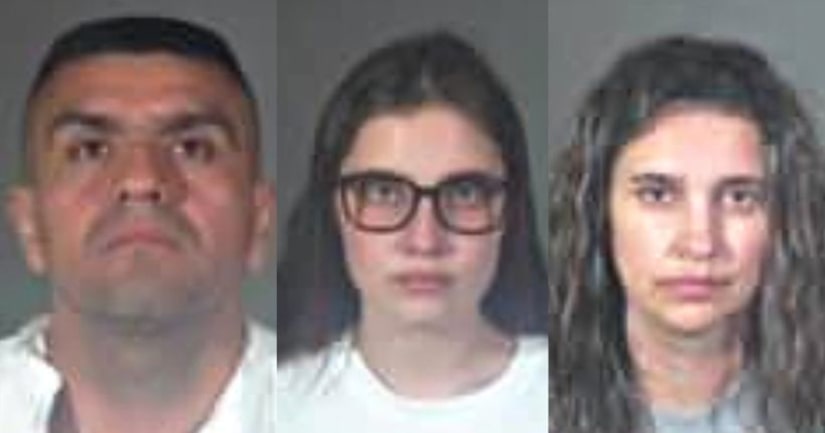 TORRANCE, Calif. (KTLA) -- About $80,000 were recovered when officers arrested a man and two women suspected of stealing cash from bank clients by slashing their tires and taking cash from their vehicles while the victims inspected their tires, the Torrance Police Department said Thursday.

Prosecutors filed charges for 14 separate grand theft cases Tuesday, all involving victims who had withdrawn large amounts from a bank, were followed to their cars and had their tires slashed, according Torrance Police Sgt. Ronald Harris.

In Glendale, a woman who had just withdrawn a large amount of cash from the Bank of America in the area of 211 North Glendale Avenue on Monday, noticed one of her tires was flat as she drove away. While she was outside her car inspecting the tire, one of the suspects entered the car and took the cash, the Glendale Police Department said in a Facebook post.

Investigators later found surveillance video showing the suspect following the victim to her car and slashing her tire just after she got into the car, according to the post.

Glendale Police noted two other similar thefts that involved a flat tire in the city, one on February 6 at the same Bank of America location and another on February 12 at a Wells Fargo at 535 N. Brand Blvd.