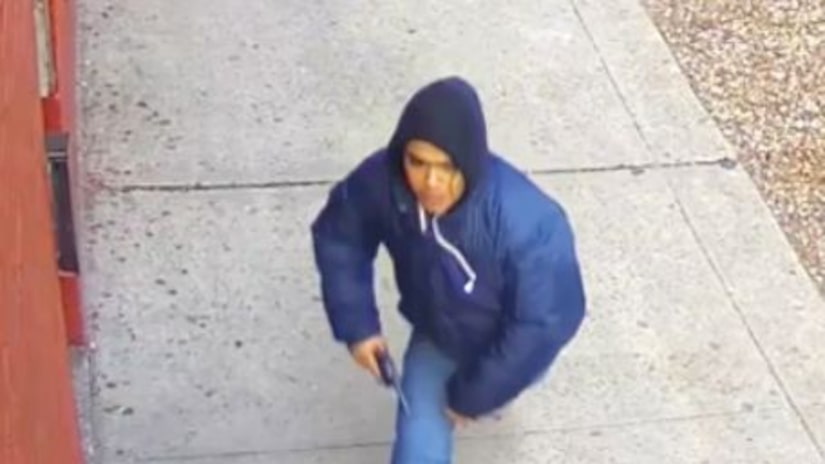 THE BRONX, N.Y. -- (WPIX) -- Cops are searching for the man who opened fire into a crowd at a Bronx street where a child was walking nearby.

The gunman approached a 19-year-old man while he was with four others in the vicinity of Gerard Avenue and McClellan Street in the Concourse section of the Bronx last Friday, police said.

He then displayed a firearm and fired three rounds at the victim and fled, police said.

Video surveillance shows the man opening fire and crowds running from the area, including a child with a backpack.