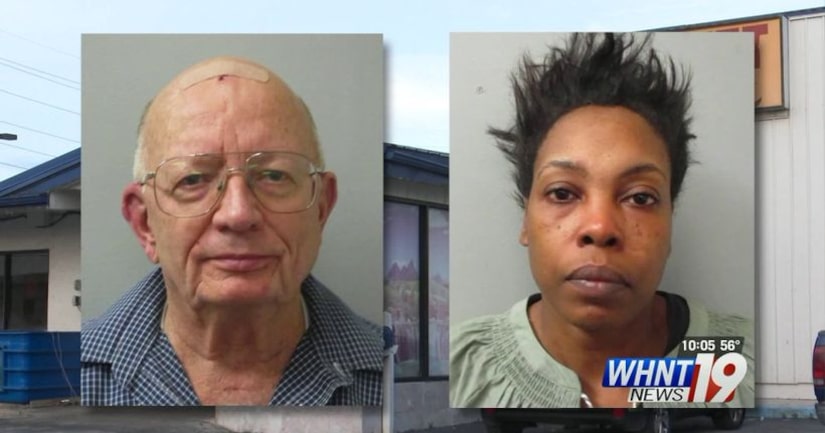 HUNTSVILLE, Ala. (WHNT) -- A brawl at a buffet surprised diners and one police officer.

Police say two people were boiling mad as they were waiting for crab legs.

"Literally, as I sat down and maybe took two bites out of my plate," Huntsville police officer Gerald Johnson recalled.

"There's a woman who's beating a man. People are moving around, plates are shattering everywhere," Johnson continued.

No sooner had he dished up a plate at Meteor Buffet off Memorial Parkway, Johnson says a fight was happening in the food line.

The Meteor Buffet diners were eagerly awaiting the next tray of crab legs coming out of the kitchen.

Police arrested John Chapman and Chequita Jenkins, who was eating at the buffet with her kids.

"They'd been waiting there for the crab legs for a good 10, 20 minutes. When they finally came out, it's very heated. Especially if someone is taking more than their fair share," Johnson recounted.

Officer Johnson said after talking with Chapman and Jenkins, they admitted their tempers got the best of them. Chapman is facing disorderly conduct, Jenkins is charged with third-degree assault. Both people could end up paying a few hundred dollars in fines, well above the $10.58 per plate charge at Meteor Buffet.

Chapman suffered a cut to his head in the restaurant fight. Jenkins was not hurt. Chapman will next be in court on March 21.