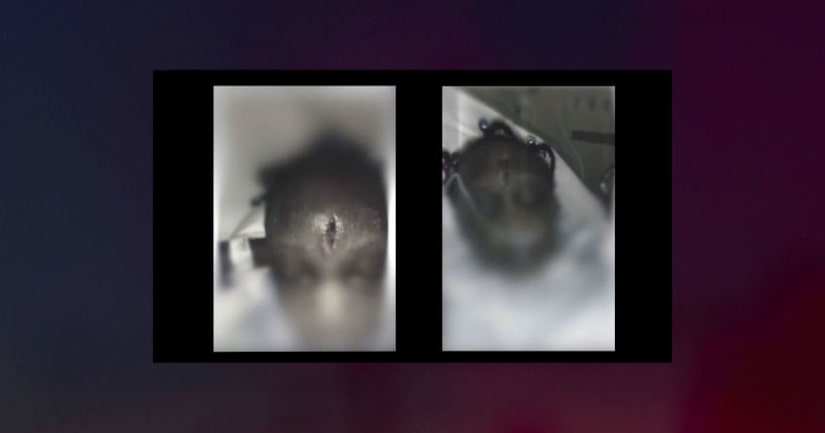 ST. LOUIS COUNTY, Mo. (KTVI) -- It happened at Brighter Day Care and Preschool in north St. Louis County where we learned the director waited a reported five days before looking at the video.

A 3-year-old child's head split open at daycare on Friday, February 1. An ambulance took her to the hospital where she had seven stitches.

Daycare surveillance video shows what happened. The girl appears calm and contained while standing in the same area by a chair for two minutes before a teacher walks across the room toward her. The teacher grabs the child's arm and drags her. Then she throws her against a cabinet.

The teacher reportedly sent a note home to parents saying "she fall."

An attorney for the family said it was five days after the incident when the child's relative recorded the video off of a surveillance monitor with her cellphone. You can hear her shock in the relative's voice when she sees it wasn't an accident as reported.

“The daycare could've reviewed that footage at any time," attorney Jennifer Hansen said. "They didn't and they allowed the daycare worker who assaulted this little girl, to continue to work at the facility for five additional days."

The director fired the teacher after seeing the video. Police are also investigating along with state child care inspectors.

Fox 2 News found those inspectors also reported past cases of kids getting hurt at that location.

In May 2018, inspectors noted a second teacher "slam a child down on the cot" and a third teacher "holding a child by his wrist, dragging him across the room."

In June 2016, inspectors said, "staff did not have a preventative plan in place" when "(one child was) repeatedly hitting and choking another child."

And in March 2016, inspectors wrote that a "child fell out of the chair and sustained a left femoral fracture."