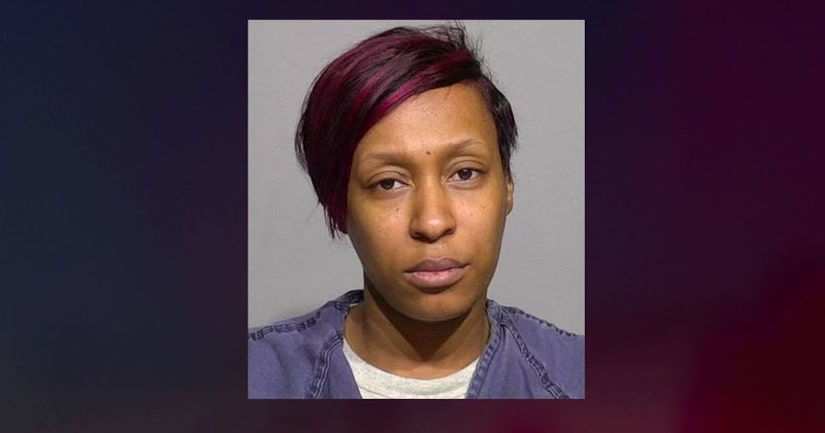 MILWAUKEE (WITI) -- A Milwaukee mother is accused of pulling a handgun on her 16-year-old son outside of a school on the city's northwest side. The accused is Shamika Parks.

Parks, 34, faces criminal charges of possession of a firearm on grounds of a school and disorderly conduct, use of a dangerous weapon.

According to the criminal complaint, on Tuesday, Feb. 19 officers responded to Carmen High School of Science and Technology for a complaint of a subject with a gun. The officer spoke with the school's principal who stated a random locker search turned up tobacco products and a Taser in the locker of a 15-year-old student. The principal summoned the teenage girl to the office — and notified the girl's mother, Shamika Parks.

The complaint said around 11:30 a.m., Parks arrived at the school. She was “upset and yelling at (the girl) and asking who the tobacco products belonged to. (The girl) told her that the tobacco products in fact belonged to (the girl's) brother.” The 16-year-old boy was also brought into the office. When the boy arrived, the complaint said “Parks declared that she needed to leave before she hit (the boy). (The boy) exited the office and Parks followed after.”

The complaint said as the teenage boy was walking through the school, Parks followed and was yelling “I'm gone get you. I'm gone (expletive) you up.” The boy walked into a classroom — which was then cleared of students.

The boy attempted to leave the school — and was pursued by the dean of students and assistant dean. They were attempting to calm the boy down. At that point, the complaint said the dean “observed Parks exit the building through the main entrance, accompanied by (the girl).” Parks apparently took a purse back from the girl, reached in and “retrieved a black handgun and a magazine. Parks inserted the magazine into the handgun and approached (the boy), before changing directions and getting into her vehicle and leaving.”

MORE: 'I'm gone get you:' Milwaukee mother accused of pulling gun on her own son outside school - WITI