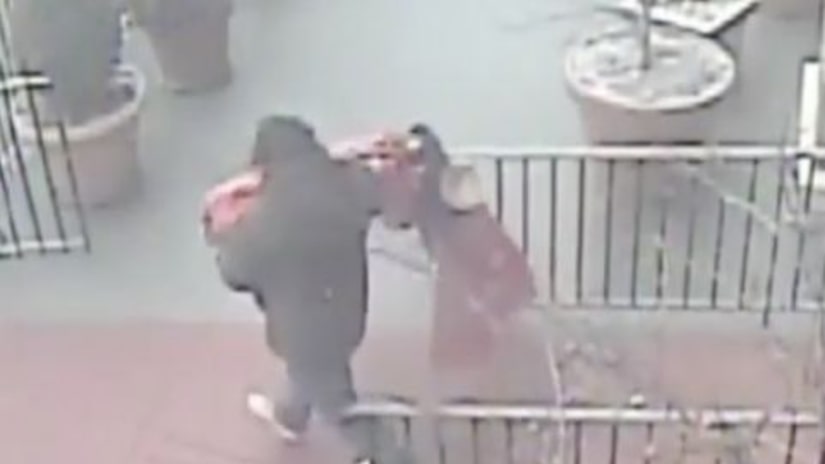 BROOKLYN, N.Y. -- (WPIX) -- Police are looking for the vandal who stolen a beloved religious statue out of a Brooklyn church and dumped it in the trash.

According to the Brooklyn Archdiocese, Our Lady of Cisne was stolen from its pedestal inside Saint Thomas Aquinas Church on Wednesday, February 20.

A man walked in off the street late morning, took it and then threw it in a trash can across the street on 4th Avenue.

"It has been very distressing," Father Willy Kingsley Ndi said. "People are heartbroken."

Our Lady of Cisne is the patron saint of a province in Ecuador. Father Ndi said a church cleaner noticed the statue was missing and alerted him. That's when custodial staff looked outside and found the statue in its bright red dress in the garbage. One arm and the Baby Jesus were broken off.

Surveillance video caught the suspect carrying the statue out of the Park Slope church.

"I believe he must have been on a mission," Father Ndi said.

According to the Brooklyn Archdiocese, this is the second time in three weeks the statue has been stolen. The first time it was not reported to police.

FULL STORY: Police search for vandal who stole religious statue from Brooklyn church and dumped in the trash - WPIX