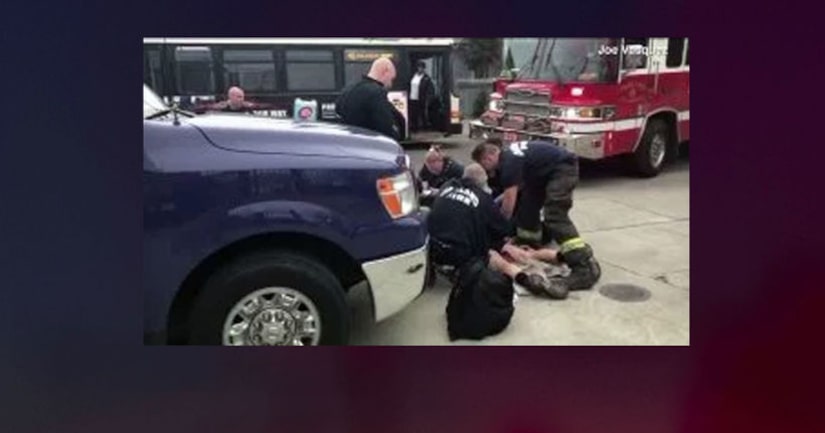 OAKLAND, Calif. (KTLA) -- An armed robber held up a news crew covering the Oakland teachers' strike on Sunday evening, and shot the crew's security guard before fleeing, according to police.

Reporter Joe Vazquez and photographer John Anglin with San Francisco CBS affiliate KPIX 5 were gathering interviews around 5 p.m. on 81st Avenue in East Oakland when at least two people approached the crew members and demanded they hand over their camera and other equipment, according to the Oakland Police Department.

The crew's security guard, whose name was not released, was shot during the robbery and returned fire, police said. The guard was taken to the hospital in stable condition.

The suspects fled the scene in a car, which crashed at 55th and Bancroft avenues, police said.