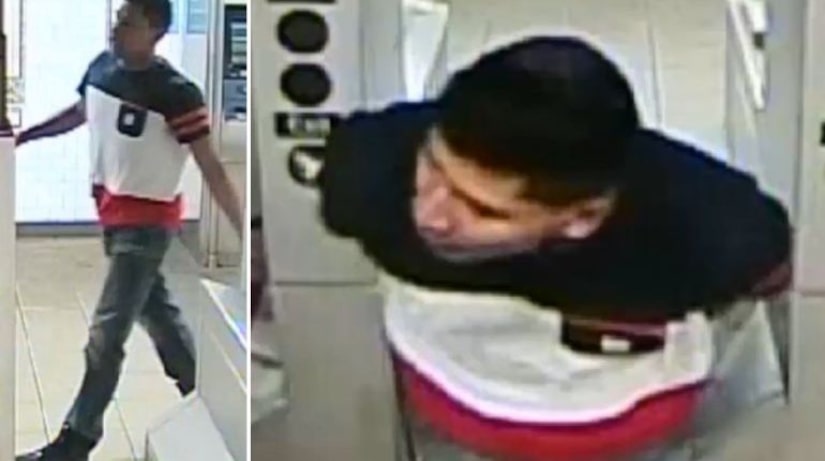 NEW YORK CITY -- (WPIX) -- A man punched, stabbed and slashed someone after sitting down next to him on the Upper West Side on a recent Saturday, police said.

The attacker sat down next to the 39-year-old victim near Broadway and West 93rd Street on Feb. 16 and threatened to stab him, officials said. He punched the victim in the face, then pulled out a sharp object of some kind and stabbed the victim several times in the torso, seriously injuring him. The man also slashed the victim across the face.

He fled northbound on Broadway and got entered the 96th Street subway station. Police have asked for help identifying him. The man is believed to be in his 20s and is about 5 feet, 9 inches tall. He was last seen wearing a red, white and blue t-shirt, blue jeans and black sneakers.

FULL STORY: Man repeatedly stabs, slashes person after sitting next to him on Upper West Side - WPIX