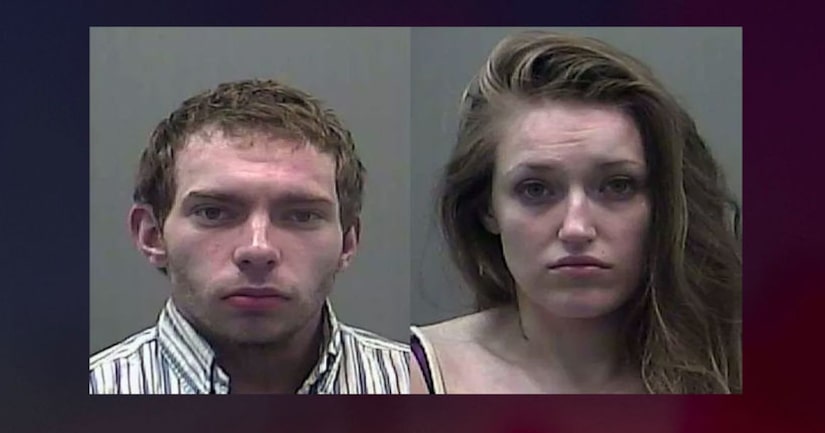 LIMESTONE COUNTY, Ala. (WHNT) -- Two people are facing multiple charges for a Monday night pursuit that deputies said included a recliner pushed off the back of a truck and a car trying to run a deputy off the road.

The Limestone County Sheriff's Office said it started when deputies interrupted an apparent drug deal at the Budget Inn in Ardmore Monday night. Deputies tried to stop a pickup truck with bad tail lights and a switched tag after it left the motel parking lot. Stacey, who was driving the truck, led deputies on a chase that reached speeds of 90 miles per hour, authorities said.

At one point, deputies said Cagle and Stacey pushed a recliner out of the back of the pickup truck to try and interfere with deputies who were chasing them.

Early on in the pursuit, deputies said a silver Chrysler Concord passed a deputy, swerved and slammed on the brakes to try and run the deputy off the road. The driver did it twice before turning north onto Highway 251 from Sweet Springs Road, they said.

The chase ended when deputies said Stacey ran a red light at Elkton and Elm streets in Athens and was hit by a vehicle.

Stacey and Cagle ran from the wrecked truck and were caught a short time later, deputies said. One deputy suffered a cut hand while climbing a fence during the foot chase.

Deputies said they found a large amount of meth, a scale, hypodermic needles and a small pistol in the truck and Cagle's bag.