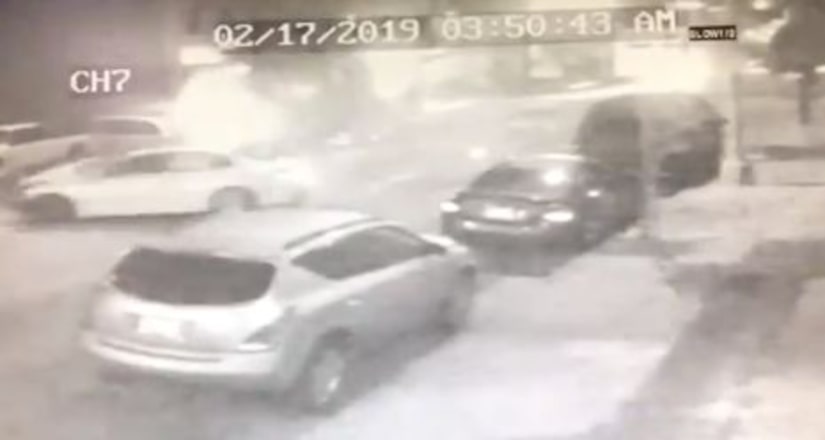 LOS ANGELES -- (KTLA) -- A man suspected of driving drunk at a speed of 80 to 100 mph when he plowed into six parked vehicles in Historic South-Central L.A., ejecting and killing one of his passengers before fleeing the scene, was arrested hours after the early Friday morning crash, police said.

The wreck was captured on surveillance video that shows the suspect vehicle spinning completely around at least four times as it whips across a street. Escobar was found at his South L.A. home and arrested around 8 a.m.

One of the passengers inside the Honda was ejected from the car and “skidded about 80 feet” before landing in the number two lane that runs along an area of Central just north of 33rd Street, the release states.