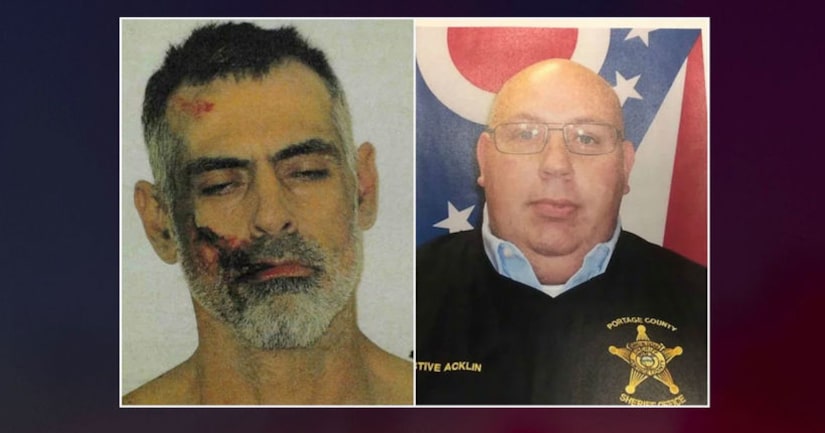 ROOTSTOWN TOWNSHIP, Ohio (WJW) -- Charges have been filed against a man accused of setting a Portage County Sheriff's sergeant on fire Thursday night.

Jay Edward Brannon, 49, of Atwater, faces charges of attempted aggravated murder and aggravated arson in the case. He also faces felony drug charges that led up to the incident.

According to a press release, authorities were attempting to serve felony warrants on Brannon in a property at 3964 State Route 44 in Rootstown at around 6:45 p.m. Thursday. He allegedly was found crouched down in front of a pickup truck that was in the process of being repaired.

Brannon then ignited a can of flammable liquid and "proceeded to make threats that he was going to 'kill the cops,'" according to the release. He also made comments that he wanted officers to kill him. He threw the ignited can of liquid at officers, striking Sgt. James Acklin.

Acklin, with his clothing on fire, retreated through a door. Other authorities helped him extinguish the flames.

Brannon, according to the release, then charged the other officers still in the building and attempted to assault them. They were able to get him outside and take him into custody.

Acklin, who suffered severe burns, was taken to the burn unit at Akron Children's Hospital. The sheriff's office said he suffered burns on more than 20 percent of his body.