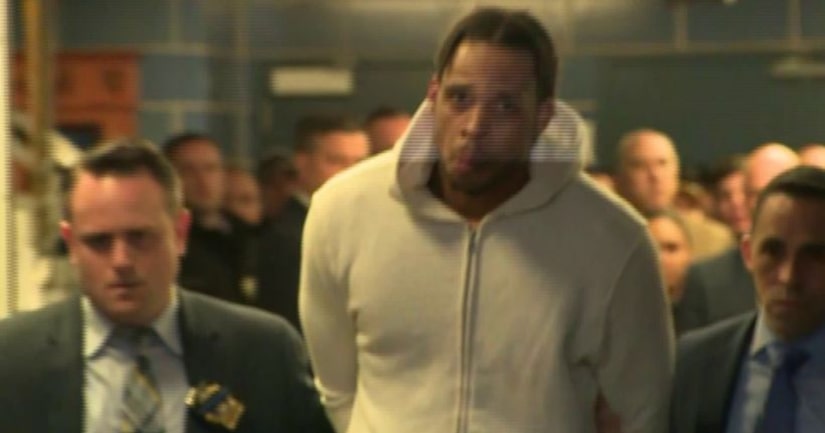 QUEENS, NEW YORK (WPIX) -- A second person has been arrested and charged with murder in the Queens robbery that led to the friendly-fire death of a New York City police detective.

Jagger Freeman, 25, was arraigned Sunday afternoon in Queens. Police announced his arrest on Saturday. He faces charges of murder, robbery, assault and criminal possession of a weapon.

Police believe Freeman acted as the lookout in the Queens robbery that led to the death of Detective Brian Simonsen on Tuesday.

Detective Brian Simonsen was hit once in the chest by crossfire as he and six other officers fired 42 shots at robbery suspect Christopher Ransom, who police say charged at them from inside a T-Mobile store pointing a fake handgun.

Ransom, who was wounded eight times, was arraigned Friday by video from his hospital bed on murder, manslaughter and other charges.

Simonsen's supervisor and partner, Sgt. Matthew Gorman, was wounded in the leg. He was discharged from the hospital on Thursday.

Simonsen and Gorman, who were both in plainclothes and not wearing bulletproof vests, were working on another case nearby when the call came and arrived around the same time as patrol officers, police said.