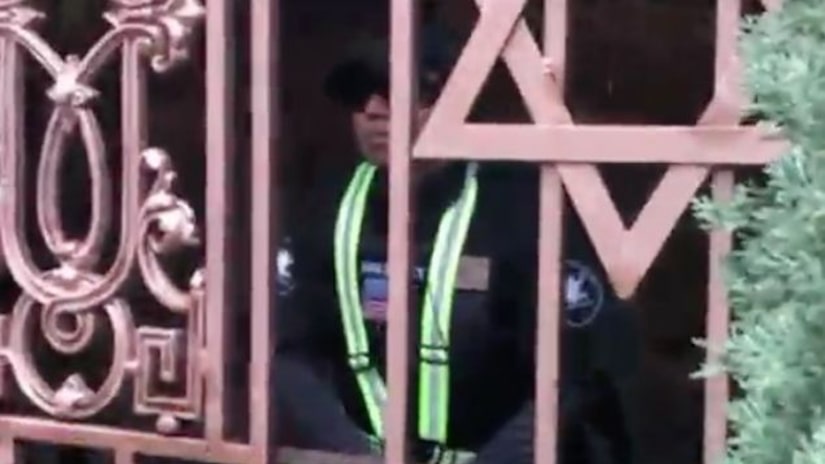 LOS ANGELES -- (KTLA) -- Authorities arrested an armed security guard after a local YouTube personality was shot while filming a video outside a synagogue and high school Thursday in the Fairfax neighborhood of Los Angeles, according to police and social media video.

Officers responded to calls about a disturbance and a shooting outside the Etz Jacob Congregation/Ohel Chana High School near the intersection of Beverly Boulevard and Stanley Avenue, the Los Angeles Police Department said in a news release.

When officers arrived, they found a victim suffering from a gunshot wound to the leg, LAPD said.

The security guard, Edduin Zelayagrunfeld, 44, was arrested on a felony charge of assault with a deadly weapon, a firearm, police said.

The victim, 45-year-old Zhoie Perez, was transported to a nearby hospital with a non-life-threatening injury, according to police.