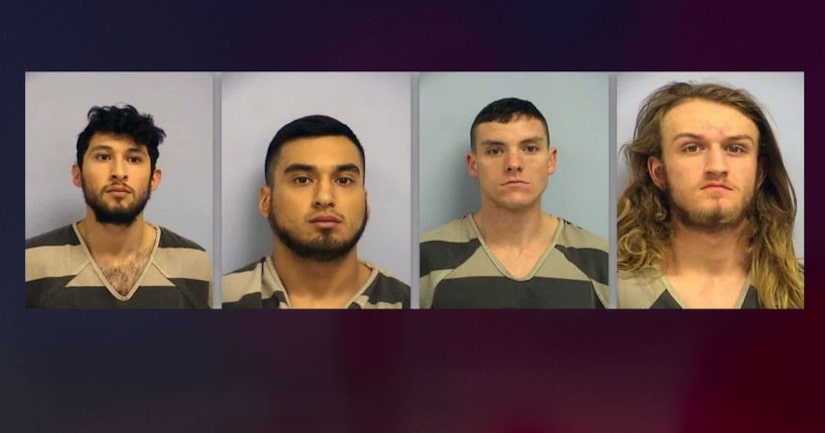 AUSTIN, Texas (WTIC/CNN) -- Four men were arrested this week in connection with an attack on a gay couple in Austin, Texas, in January.

Tristan Perry and Spencer Deehring were beaten as they walked hand in hand from a downtown gay bar on January 19, according to CNN affiliate KXAN.

Perry and Deehring told police that a man passed them and yelled a homophobic slur, KXAN reported. When they asked what he said, the man allegedly yelled more slurs and motioned to others to join him, according to KXAN.

Four men then beat Perry and Deehring, with a witness telling police the suspects called the couple derogatory names and homophobic slurs as they lay on the ground. Both were hospitalized for their injuries.

One of the suspects is alleged to have threatened a witness who called 911, according the KXAN.

Police have arrested Frank Macias, Quinn O'Connor, Miguel Macias and Kolby Monell in connection with the attack, KXAN reported. The men are each facing two counts of second-degree felony aggravated assault and are being held on collective $300,000 bonds, KXAN said.