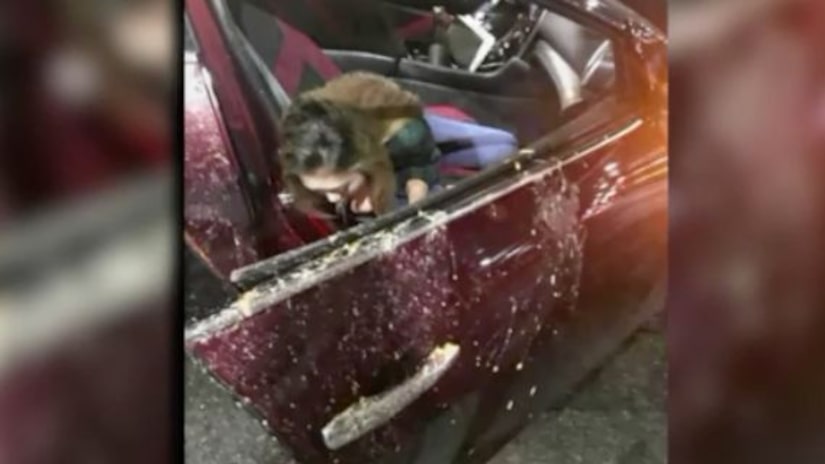 NEW YORK -- (WPIX) -- Sisters Dasia and Shenisha Mitchell had just gotten off working the late shift at Macy's in Herald Square on Dec. 28 and were taking a Lyft home to Brooklyn.

The driver stopped to pick up a young couple. The woman sat up front. Suddenly, just over the Brooklyn Bridge, the young woman threw up out the window.

Fortunately, she also snapped some pictures. Because the next day she looked at the trip receipt she'd been e-mailed and it included a damage fee of $100.

Dasia sent Lyft her photos. But a company representative responded, “The driver's claim is valid with photos showing clear damage….the driver identified you as the damaging passenger.”

Also, fortunately for Dasia, the woman who vomited was Asian. Dasia is black.