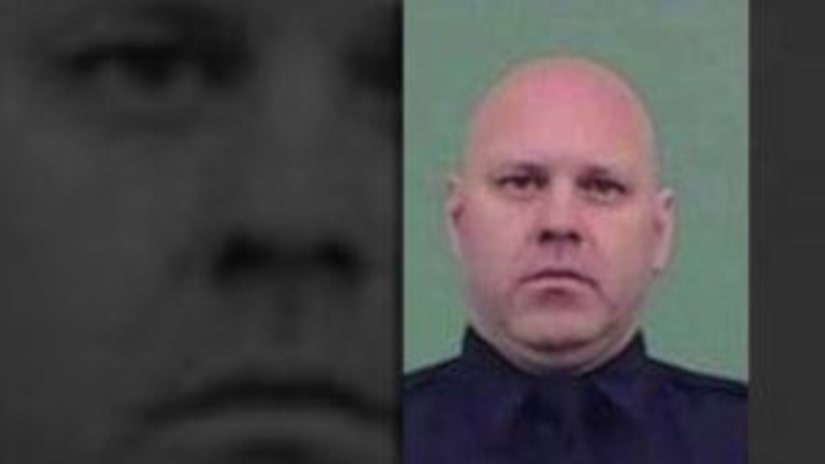 QUEENS, N.Y. -- (WPIX) -- A 19-year veteran detective was fatally shot and a sergeant was injured in Queens on Tuesday night in "what appears to be an absolute tragic case of friendly fire," NYPD Commissioner James O'Neill said.

The shooting near Atlantic Avenue and 121st Street in Richmond Hill happened around 6:15 p.m. during an apparent armed robbery, O'Neill said. The doors of the T-Mobile store were blown out by the gunfire and glass fragments littered the sidewalk.

"Our hearts are broken," O'Neill said.

Detective Brian Simonsen, 42, and a sergeant were in the area when a call came over for a robbery. People had called 911 and reported that an armed man forced employees to the back of the store. Simonsen and the sergeant arrived at the scene at the same time as patrol units.

The officers didn't see anyone inside through the windows, but spotted a man the moment they went inside, police said. The 27-year-old suspect, who police sources identified as Christopher Ransom - a career criminal - pointed what appeared to be a gun at them.