Gary Anthony Shover, 21, and Owen Skyler Shover, 18, were arrested after a SWAT team served a search warrant at their Hesperia home, in the 16200 block of Grevillea Street, around 10:30 p.m. on Monday, according to the Riverside County Sheriff's Department.

While no body has been found, the two men are suspected in the 16-year-old's killing, Sheriff's Deputy Mike Vasquez said.

Both were interviewed numerous times over the past few weeks before being arrested, and officials said they have evidence showing Briones is a homicide victim.

Authorities are still asking for the public's help in finding Briones, who vanished on Jan. 13. She's described as standing about 5 feet 4 inches tall and weighing 110 pounds.

Briones was last seen with Owen Shover, who she attended high school with and considered a friend, according to investigators and Briones' family.

Owen told police he dropped Briones off at Moreno Valley Community Park between 6 and 6:30 p.m. the night she disappeared, and he said she got into a gray, four-door sedan before he left.

While there are several surveillance cameras at the park, police were not able to find any footage showing Briones there around that time. 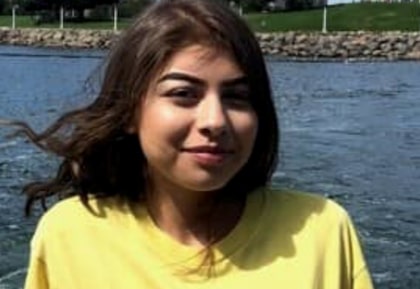