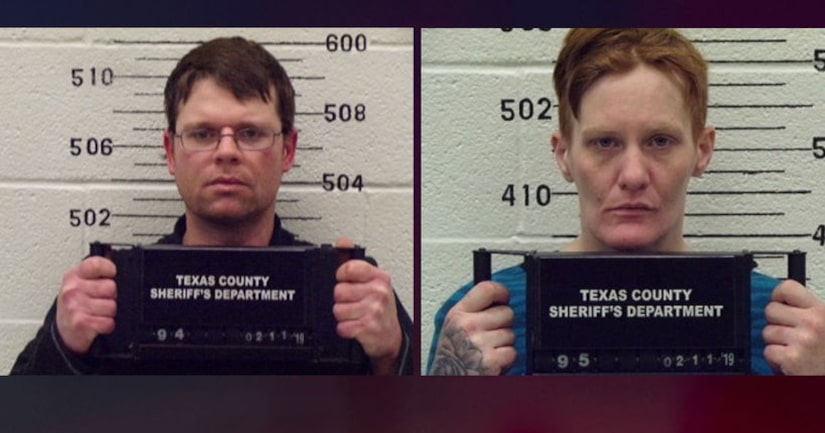 GUYMON, Okla. (KFOR) -- A couple formerly featured on the "Dr. Phil" show and currently sought in a Missouri cold case for the deaths of two toddlers was arrested in Guymon Monday.

There are reportedly no formal charges against the two in the case, but both 35-year-old Codey Cummings and 32-year-old Julia Cummings were arrested on Monday following a suspicious persons report about a male attempting to sell moonshine at the Cigarette Outlet.

The couple has been sought since the deaths of Julia Cummings' two children. The two toddlers died three months apart under suspicious circumstances.

According to one child's autopsy, her “adult guardians” said she had fallen in the bathroom when she lost her footing. That autopsy showed a “large subdural hematoma,” or collection of blood on the brain, which the medical examiner noted didn't appear to match the explanation of Kiera's fall. “This was a significant degree of trauma and appears disproportionate to fall as describe in the narrative.” Also revealed were a series of bruises on the chin, shoulders and back, and scars on the leg.

Charges have not yet been filed in Texas County in regards to their arrest.