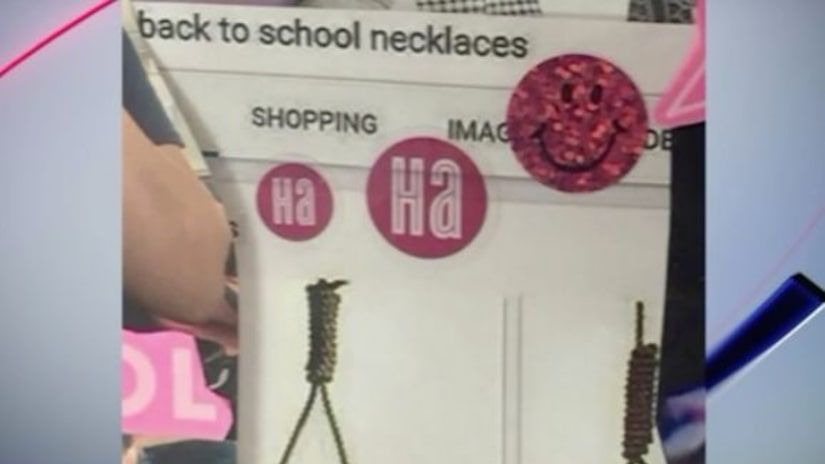 LONG ISLAND, N.Y. -- (WPIX) -- A Nassau County school district is investigating reports that a picture of nooses labeled "back to school necklaces" was displayed in a middle school classroom.

Arthur Mackey Jr., a pastor at Mount Sinai Baptist Church Cathedral in Roosevelt, said he received the image -- which is part of a larger collage reportedly displayed in a classroom -- from a teacher in the school system. He posted it on Facebook and called on the school district to take action.

"When I heard about it I said that this is outrageous," Mackey told CNN. "The majority of students are minority students, African-American and Hispanic. For the image to be on the wall ... is totally unacceptable."

In a statement, the Roosevelt School District said it is aware of the "inappropriate conduct" and investigating. The school district said it is unable to comment further, calling the incident a "personnel matter."