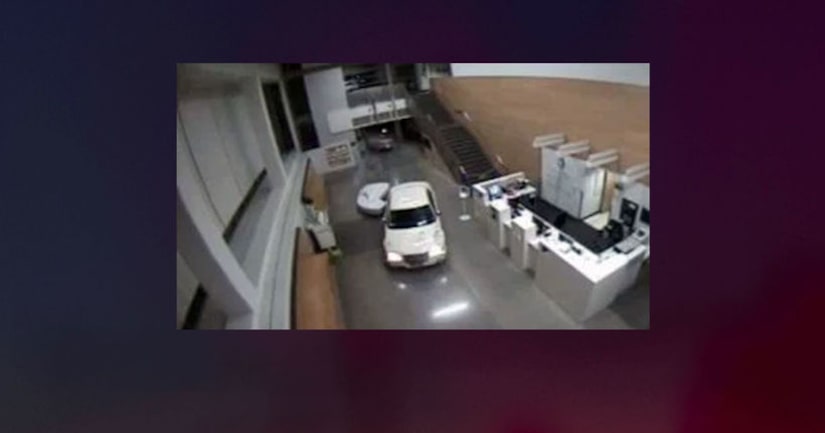 LOS ANGELES (KTLA) -- A woman driving a vehicle with an infant inside crashed into a police station in San Pedro early Saturday, authorities said.

The lobby at the Los Angeles Police Department's Harbor Area station was closed at the time and nobody, including the driver and the child, sustained any injuries, according to the agency.

Investigators said at around 4:45 a.m. the driver maneuvered past exterior barriers and drove into the lobby. She allegedly tried to pull out but one of the barriers trapped the vehicle.

"Officers took the woman into custody and are trying to learn what her intentions were to determine what if any charges need to be filed," an LAPD statement said.

The agency said it set up a temporary mobile station to allow normal operations at the Harbor Division.