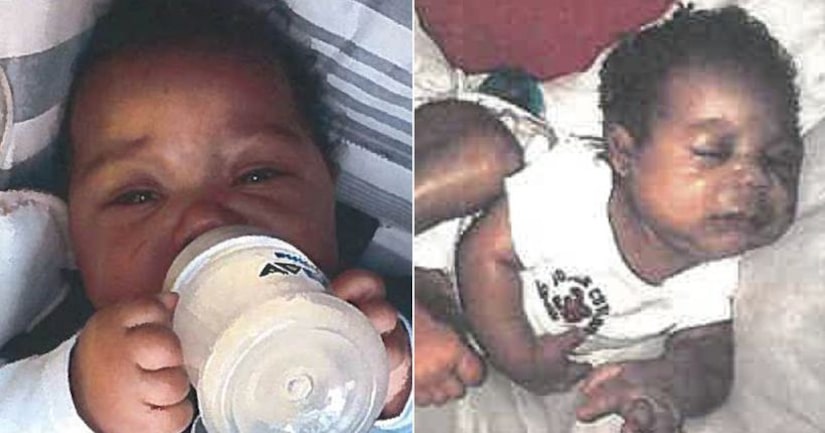 CULVER CITY, Calif. -- (KTLA) -- The Culver City Police Department reached out to the public Thursday for help finding a 6-month-old boy who was last seen on New Year's Eve with his parents, who have since been arrested.

Jacsun Manson was reported missing to police and the Los Angeles County Department of Child and Family Services on Jan. 25 but was last seen by witnesses on Dec. 31, according to the Culver City Police Department. He was not with his parents, Adam Manson and Kiana Williams, when they were arrested.

The family had been living Upward Bound House in Culver City, a family shelter for homeless and struggling families, according to Lt. Troy Dunlap.

Detectives said the parents frequented the area of Slauson Avenue and Crenshaw Boulevard, in the Hyde Park neighborhood of South L.A.