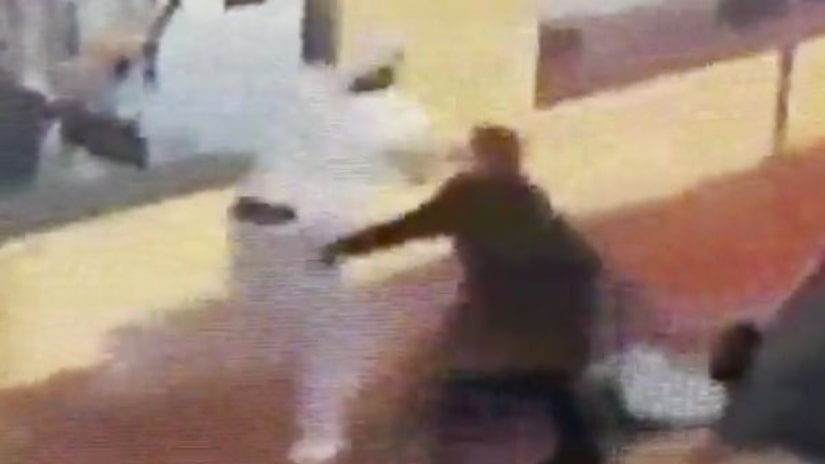 LOS ANGELES -- (KTLA) -- Dramatic surveillance video released by police on Tuesday captured a man yanking a woman violently to the ground and dragging her down a downtown Los Angeles sidewalk during an attempted robbery that was thwarted by a nearby valet.

The woman was walking in the area of 11th and Flower streets around 6:30 p.m. Jan. 28 when a man ran up behind her and tried to take her purse and cellphone, Los Angeles Police Department Officer Tony Im told KTLA Tuesday.

He pulled her forcefully to the ground, dragging her a short time before the valet rushed up to confront him, police said.

It appeared the two might fight, but before any punches could be thrown, the attacker fled and ran around the corner, the video showed. The victim was able to get up and run away while the valet and the assailant confronted each other.