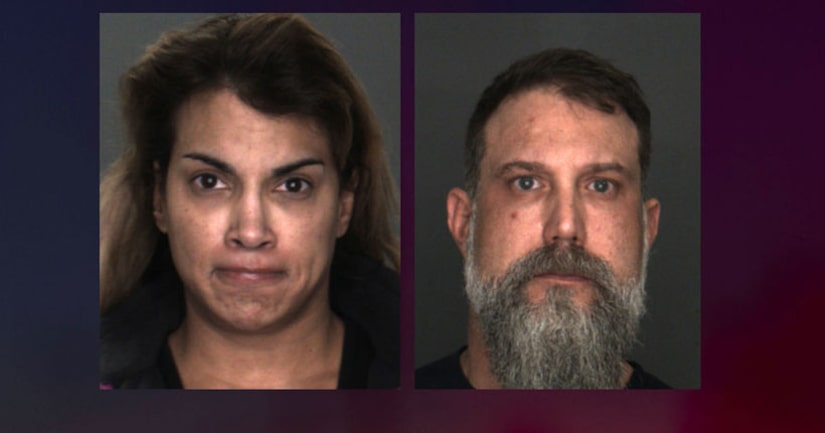 RANCHO CUCAMONGA, Calif. (KTLA) -- A man and woman who both work in the adult film industry were arrested after being accused of sexually abusing a young girl in Rancho Cucamonga over the course of months, authorities said Wednesday.

Deputies began investigating last Thursday when they learned of alleged sexual acts against a child under the age of 10, according to a Rancho Cucamonga Police Department news release.

Detectives interviewed the young girl, who reported being sexually abused multiple times by a man and a woman over a four-month period.

The pair were identified as Jason Whitney, 43, and Melinda Smith, 35, both of Rancho Cucamonga.

When detectives served a search warrant at their home in the 10800 block of Church Street last Friday they uncovered "a large amount of evidence corroborating the victim's statement," according to the release. Methamphetamine and two loaded handguns were also found in the home, authorities said.

The San Bernardino County District Attorney's Office has since charged the pair with eight counts of sexual acts with a child under the age of 10 and one count of possessing a controlled substance while armed with a handgun, according to the release.

Both suspects appeared in court Wednesday and entered not guilty pleas. They are due back in court Feb. 14 for a pre-preliminary hearing.