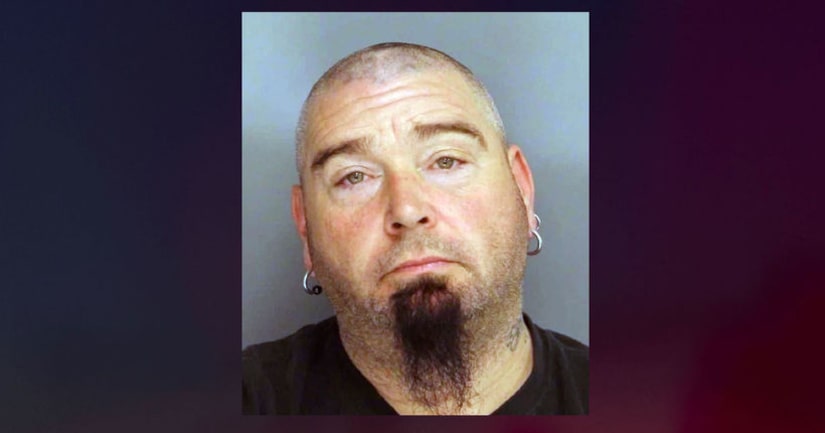 CHESTER COUNTY, Pa. (WPMT) -- A 43-year-old Chester County man is facing drug delivery, child endangerment, and other charges after law enforcement officials say left three children alone in a running car with a handgun inside while he went shopping.

A subsequent investigation determined that Harold Nuse, of Honey Brook, had been feeding crystal meth to at least one of the children, according to Chester County District Attorney Thomas P. Hogan.

Police began investigating Nuse on Dec. 24, 2018, when State Police conducting a DUI stop in a Walmart parking lot in West Sadsbury Township at about 3:45 a.m. noticed a 2000 Chevy Silverado parked but running in the parking lot. Temperatures at the time were near-freezing, and troopers determined that the vehicle had been left running at that location for about an hour.

Troopers approached the Silverado and found no one was in the front seat. But they saw, in plain view, a 9mm handgun was lying in the vehicle's center console. Ammunition for the gun was found above the front seat visor.

Left completely unsupervised in the back of the vehicle were three children, all asleep. The boys, ages 6, 8, and 11, said they did not know where their parents were or when they would be coming back after troopers woke them up.

At about 4:15 a.m., Nuse and his wife, Brandy, were seen exiting the Walmart and approaching the Silverado. Police say they claimed they were shopping at the store. Brandy Nuse is the boys' mother, but Harold Nuse is not their biological father.

Harold and Brandy Nuse were arrested at the scene, and the boys were turned over to family members.

In a subsequent interview with members of the Chester County Detectives Child Abuse Unit, one of the boys reported that Harold Nuse had been feeding him crystal meth. The child said Nuse would take him to a shed on his property and make him stick a chunk of crystal meth under his tongue until it dissolved. The child's description of the taste and appearance of the substance is consistent with that of crystal meth, police say. This happened on five different occasions, according to the child.