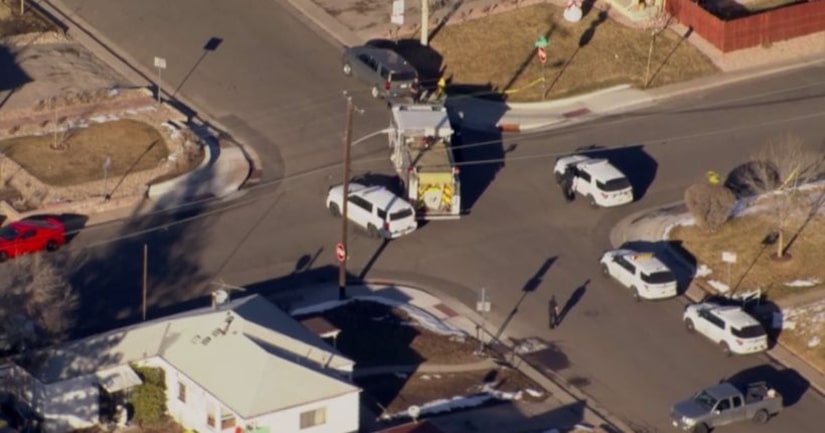 In an update, police said the female involved in the incident is named Sandra Pacheco.

She was driving the getaway vehicle after U.S. Marshals attempted to arrest her passenger, Robert Martinez, for a probation violation.

Police say Pacheco collided with several unmarked police vehicles while also driving in the direction of an officer who was standing nearby.

At that time, police say the officer who was standing outside the police cars shot in the direction of Pacheco, striking her in the extremities, and the vehicle came to a stop.

While Martinez refused to comply with orders to surrender to officers and was reaching around inside the vehicle, the same officer again discharged his weapon, striking Martinez, police said in a statement to FOX31.

Pacheco was taken to the hospital in critical condition. Police said Monday that she is expected to survive and faces arrest for Investigation of First Degree Assault – Threatening a Peace Officer with a Weapon (vehicle) and Possession of a Controlled Substance.

Martinez died at the hospital.

Investigators have confirmed two toddlers were inside the suspect vehicle during this incident and were not injured.